‘Where are you from?’ Such a simple question for most, but a complex one for me. Read on to find out why! 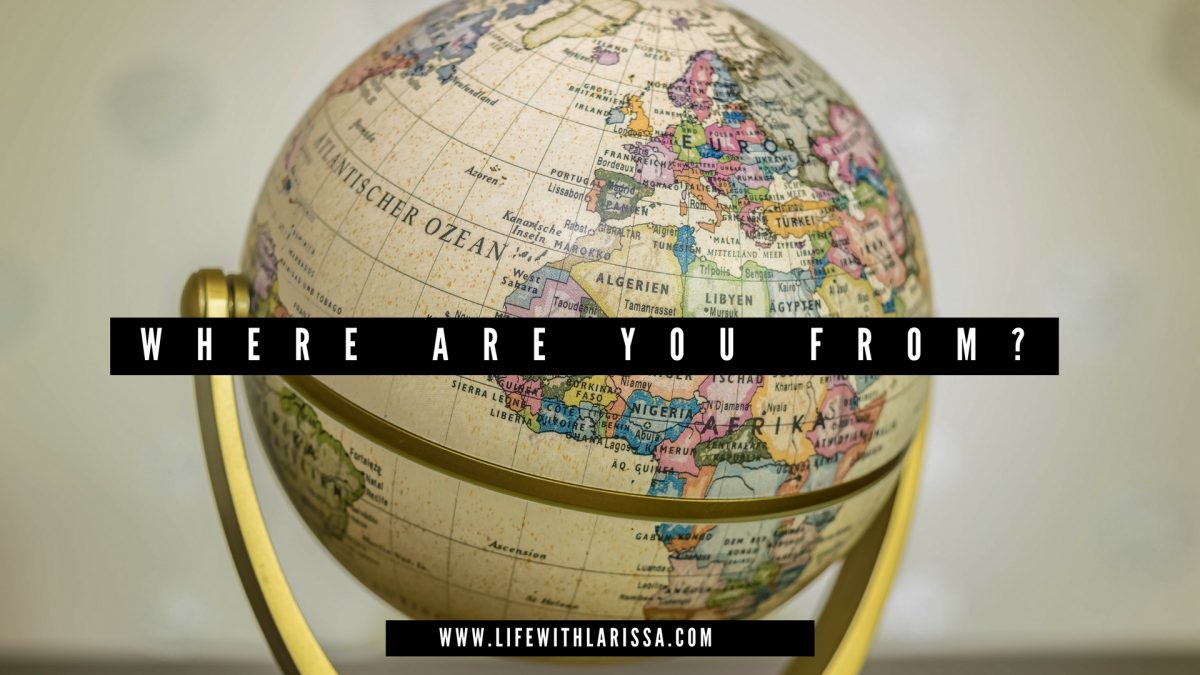 “Where are you from?”

This is one of the questions that I dislike the most; a question that baffles me to no end. To each person who asks it, it has a different meaning. To each person to whom it is asked, it is interpreted differently. How does one even begin to answer a question such as that?! Let me give you some insight on what goes on in my head when someone asks me that:

“Okay, so I should tell them where I live. Or maybe they’re expecting where I was born? Or maybe what I consider my hometown? Or if I’m currently at school, is that where I’m from?”

Whenever I’m asked this question, I always feel obligated to give that person a short autobiography of myself, and the places I’ve lived. I know that’s not what they’re after, but naming only one place doesn’t seem like I’m answering the question truthfully.

So to answer your question: where are you from?

I was born in Port-au-Prince, Haiti. I moved to the United States at a very young age, specifically New York. Some may say that doesn’t qualify me to be considered as Haitian. I beg to differ. Although I grew up in the U.S., moving from New York to Utah, then finally Georgia, it doesn’t change the fact that I was raised in a Haitian household. I speak the language. I honor the culture. I adore my big, loud Haitian family. I’m a product of both environments, a result of the collision of nature and nurture at its finest.

I know it’s not that serious when this question gets asked; however, I just wanted to share how tricky it can be to answer what most would consider a simple question. Does anyone else have this dilemma? How do you interpret the question: ‘where are you from’? Let me know in the comments!