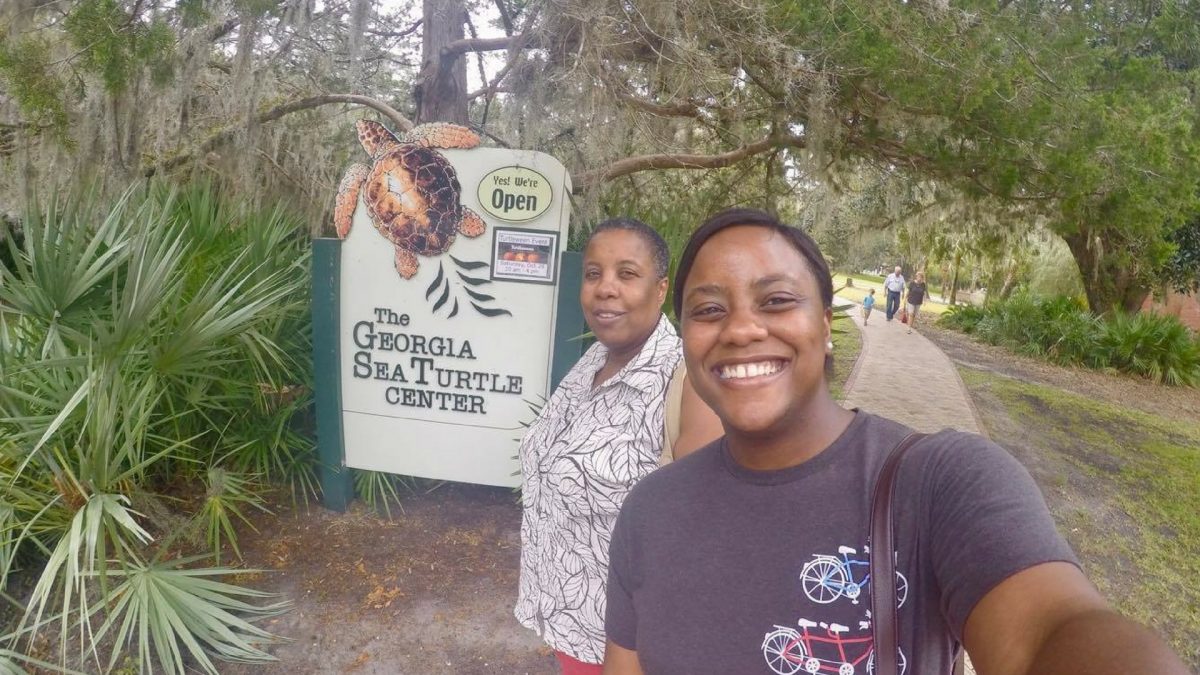 The Georgia Sea Turtle Center, located on Jekyll Island on the coast of Georgia, opened back in 2007. Not only is the center a rehabilitation facility and hospital for sea turtles, but it’s also an educational center raising awareness of the damage that has been done and steps we need to take in order to protect our environment. Mom and I were able to visit the center, and we genuinely enjoyed our time there. Although we did learn a lot about the different types of sea turtles and their life cycles, we also learned so much more about the environment in general. It truly was an eyeopening experience!

Finding the Georgia Sea Turtle Center isn’t hard at all. Just plug in the address into your GPS, and it will take you straight there. And if you’re like me and for some reason think your GPS is confused along the way, when you get relatively close to the center, you’ll start seeing little [painted] turtles on the road to guide you in the right direction. 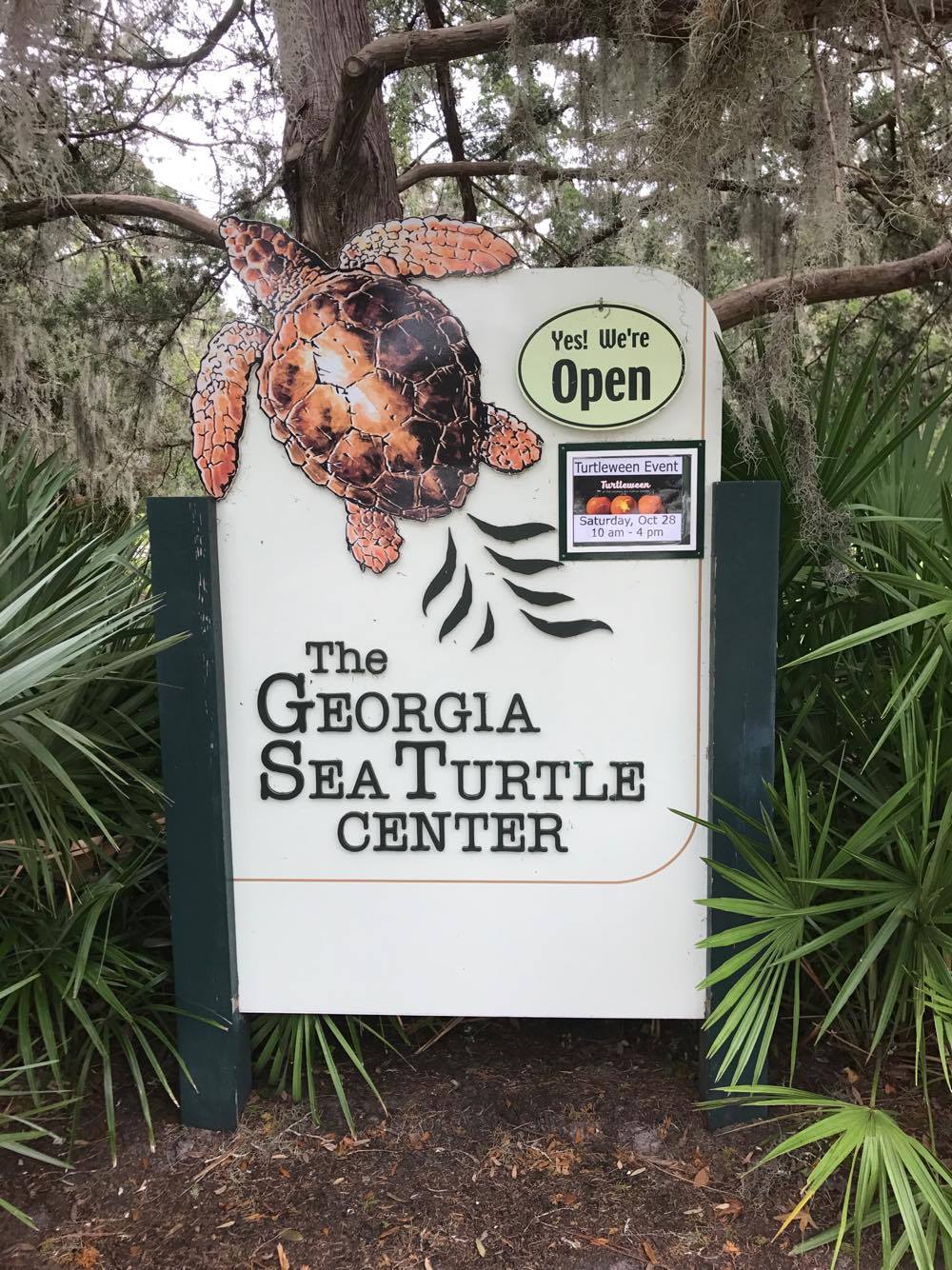 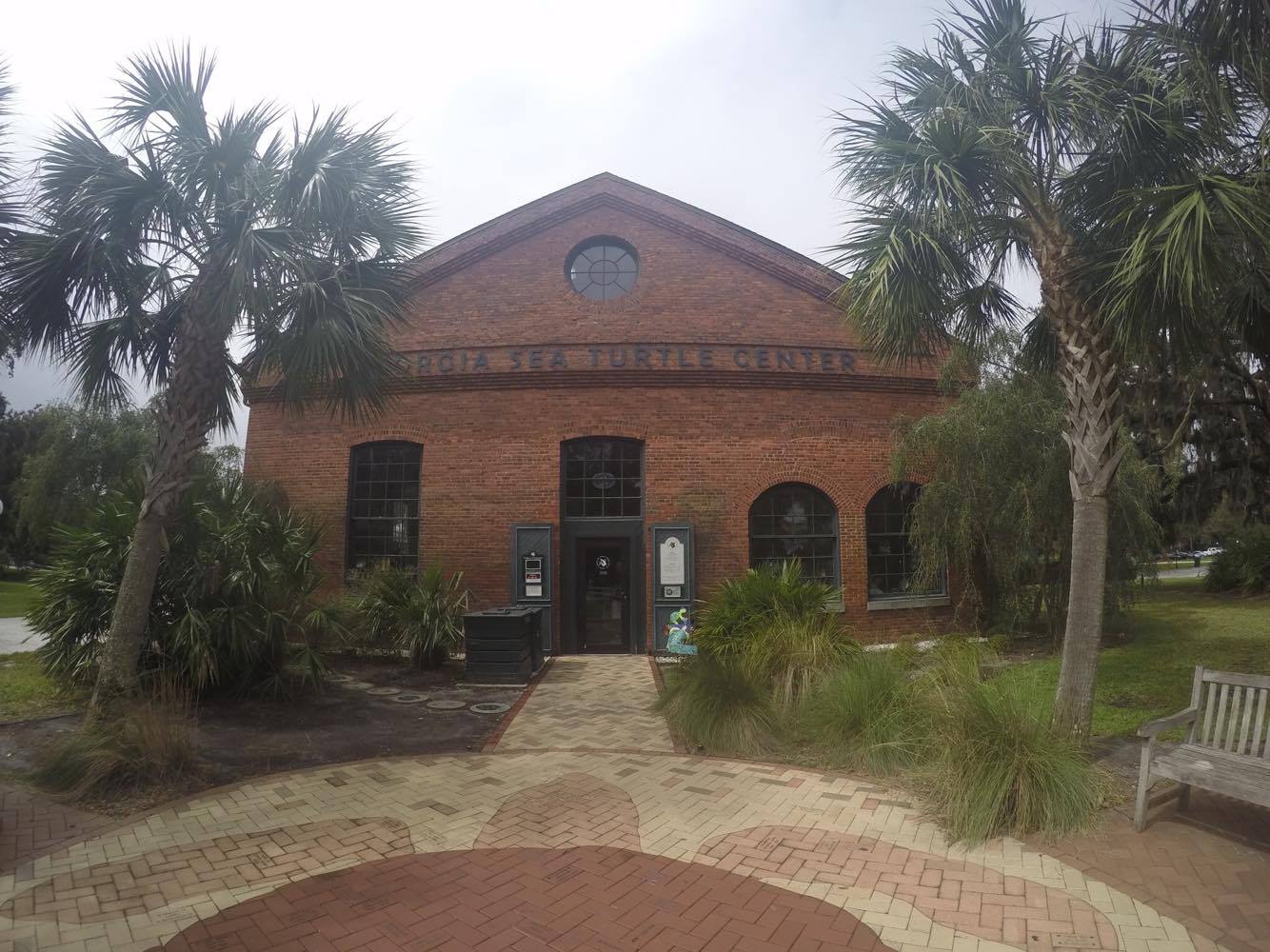 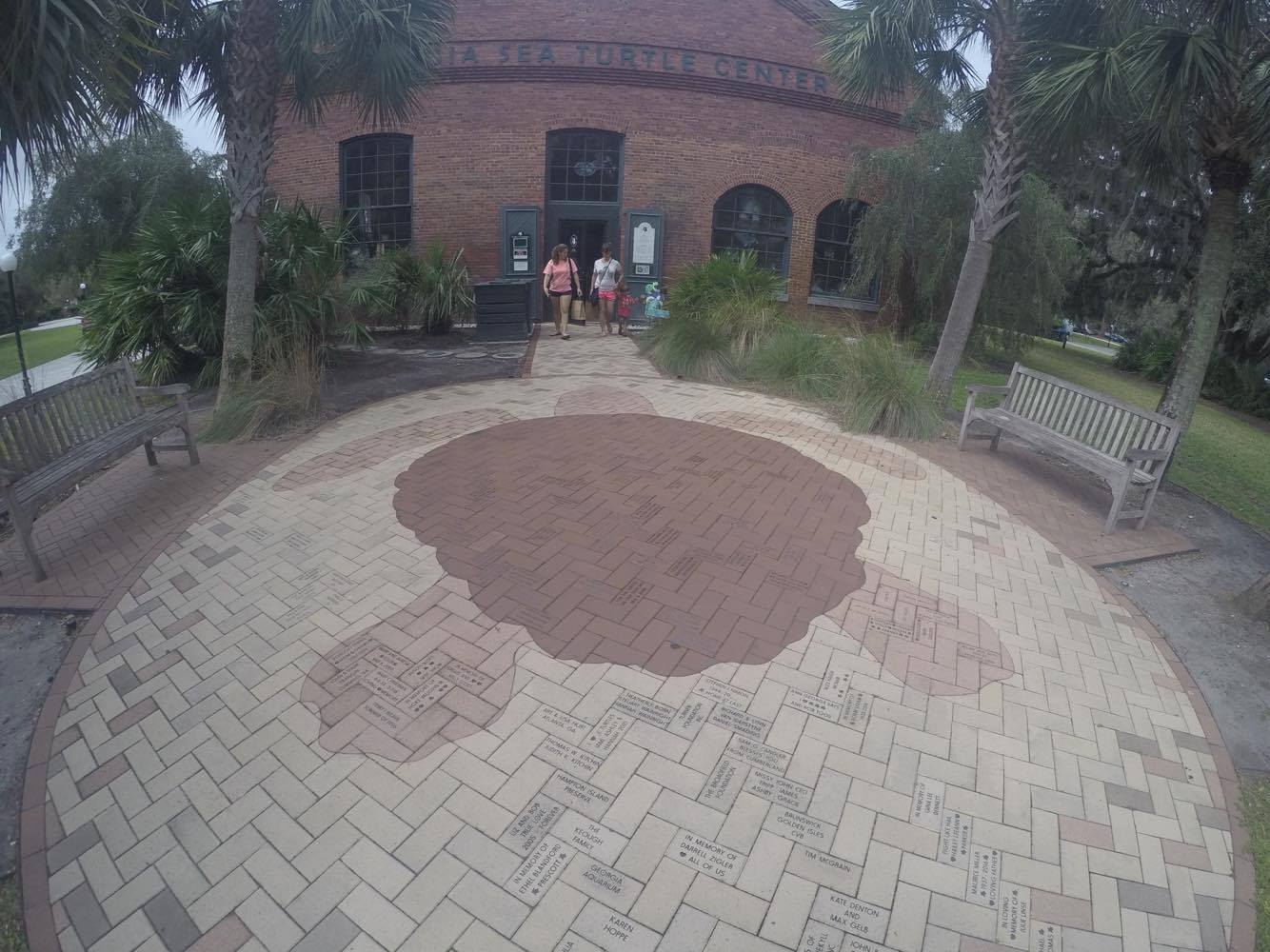 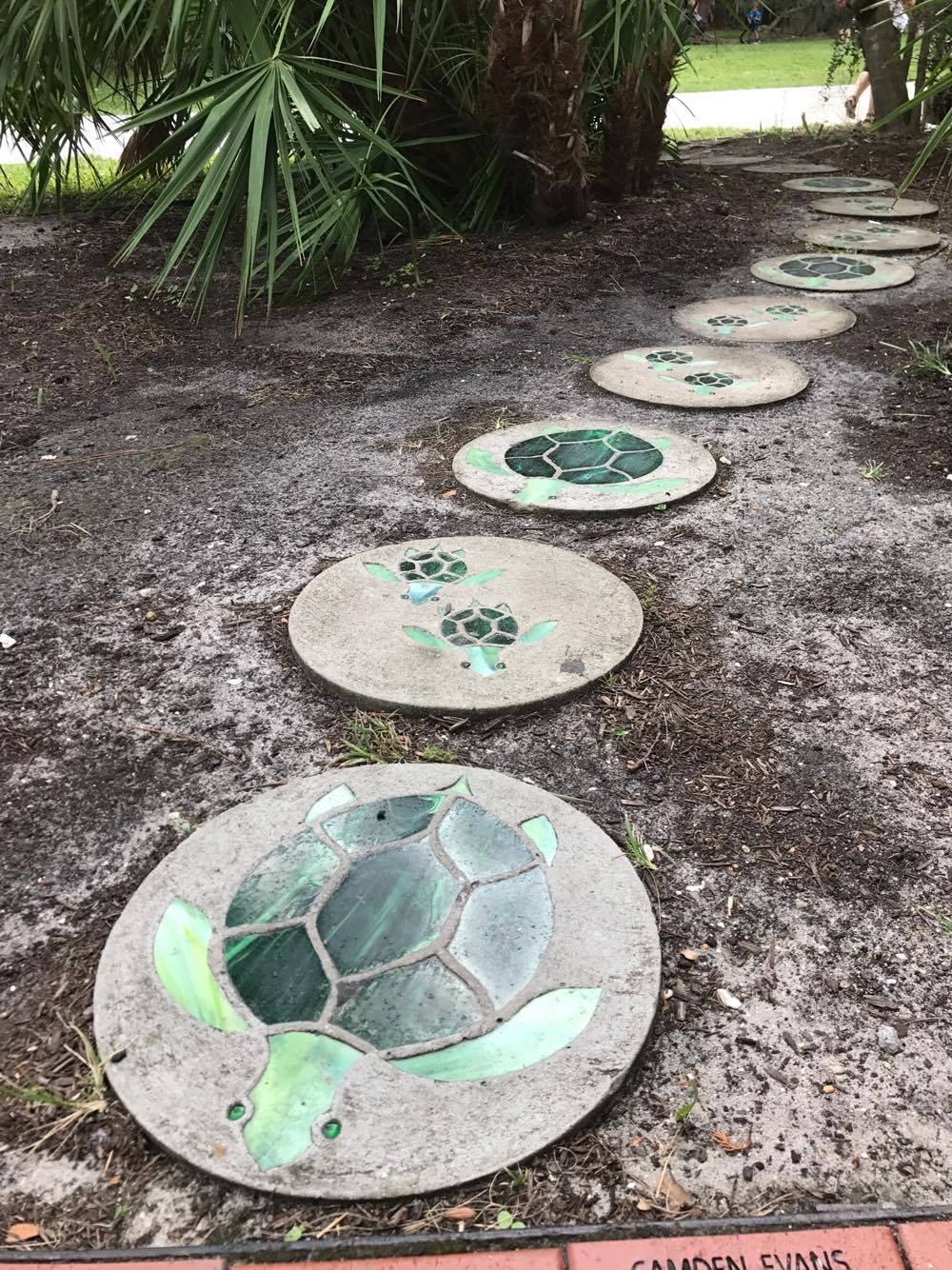 Depending on which parking lot you park in, will determine what you see when you walk up. We parked in the public parking lot [the second parking lot on our left], and we ran into the official sign of The Georgia Sea Turtle Center. Of course we had to take a picture with it! As we continued following the brick pathway, we rounded the corner to come face-to-face with the building. Before we reached the building though, we noticed two statements of turtles: the brick formation and the stepping stones.

Once inside, we walked immediately into the gift shop, which is where you purchase your tickets as well. As we had the Jekyll Island VIP Pass from winning a contest that granted us entry into the center, we checked in at the front desk and proceeded into the exhibition gallery. 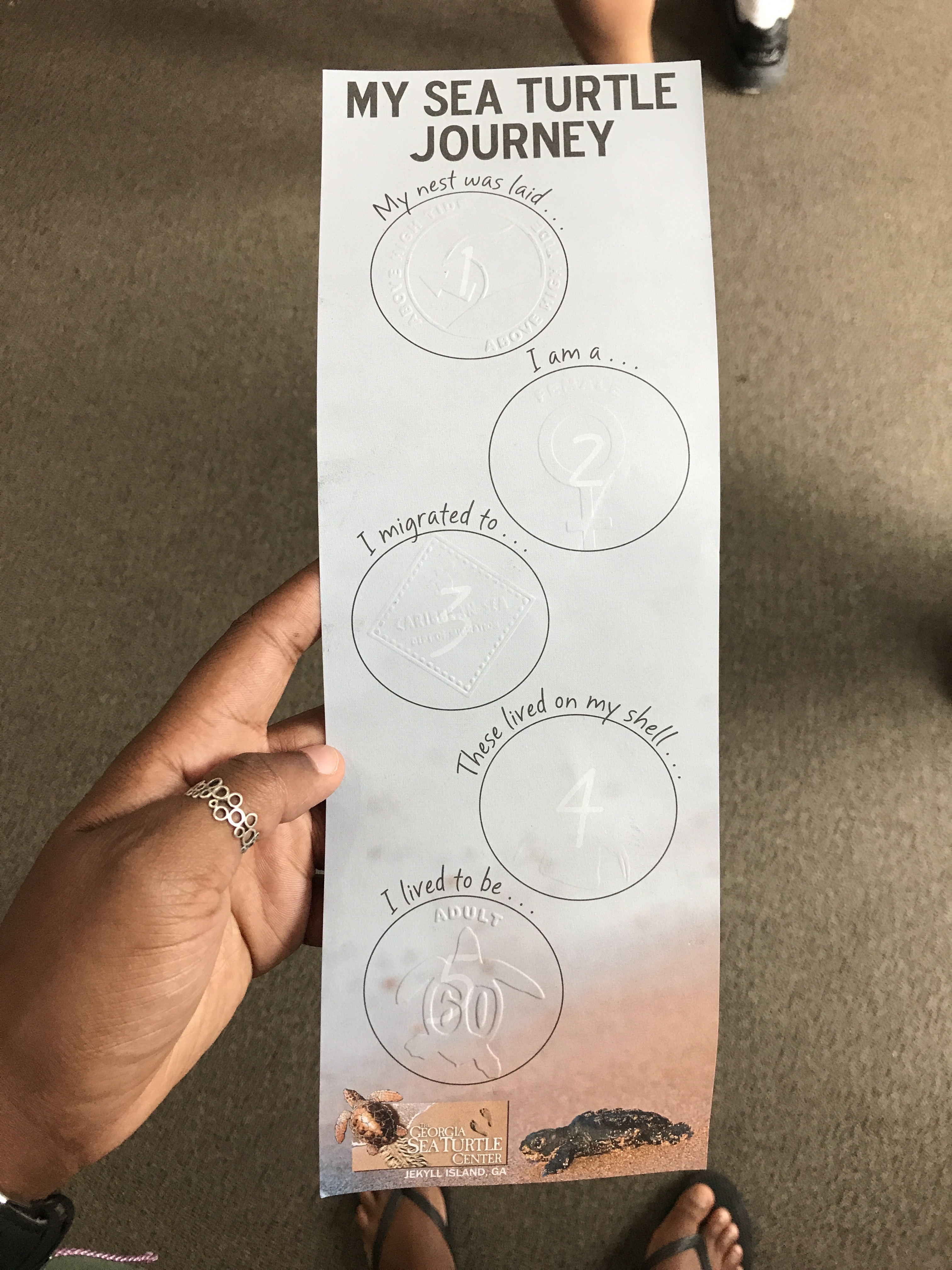 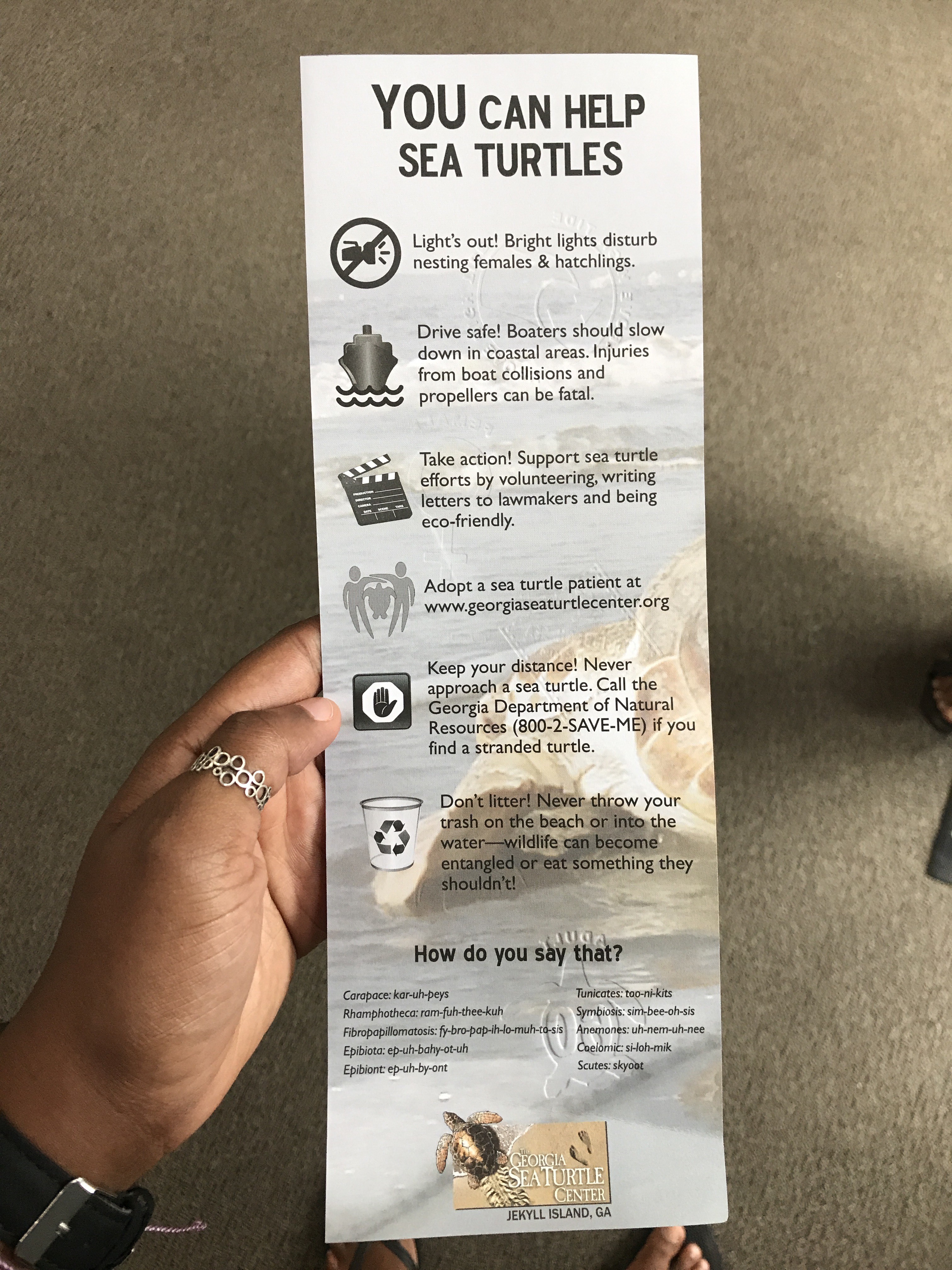 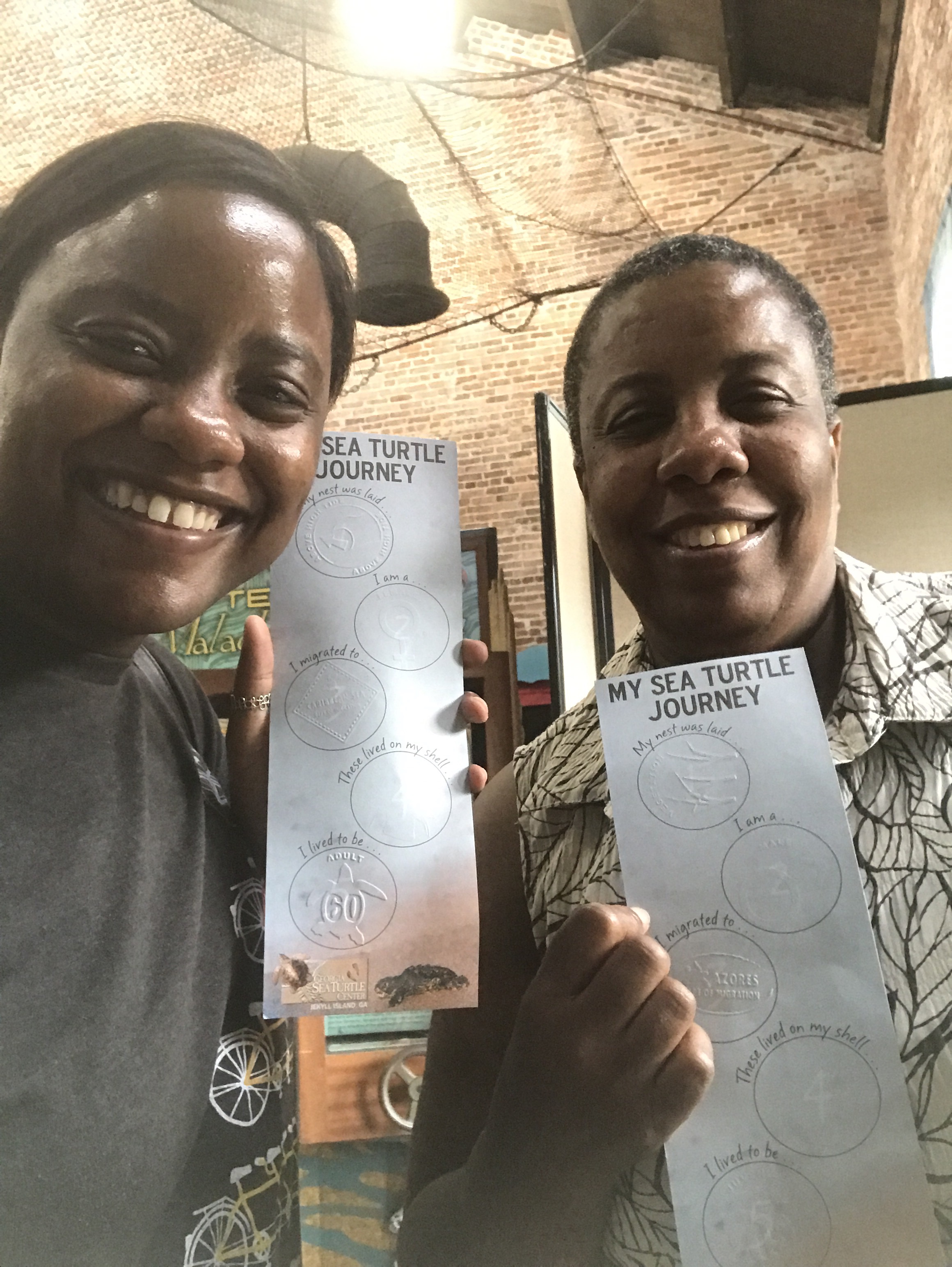 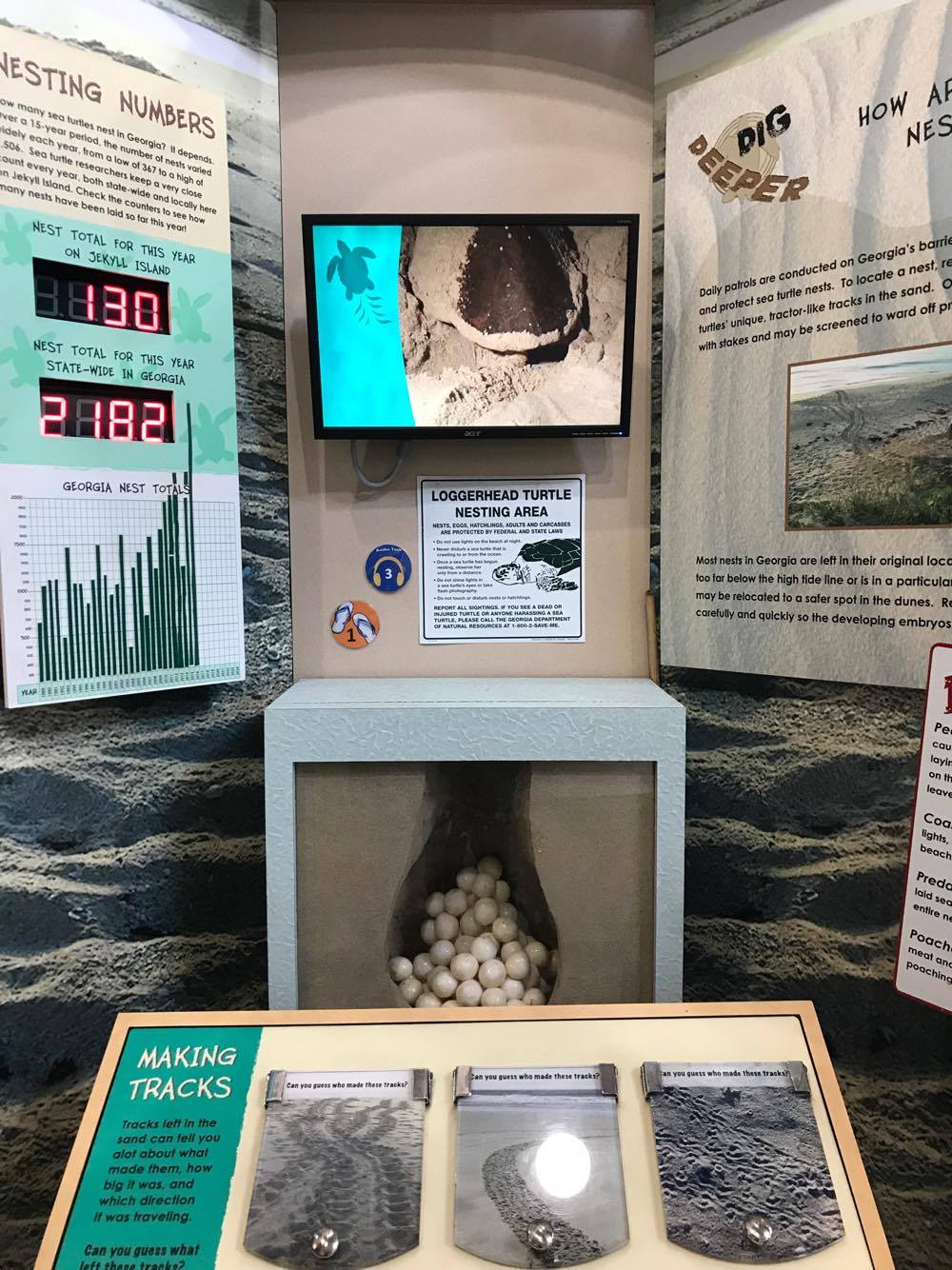 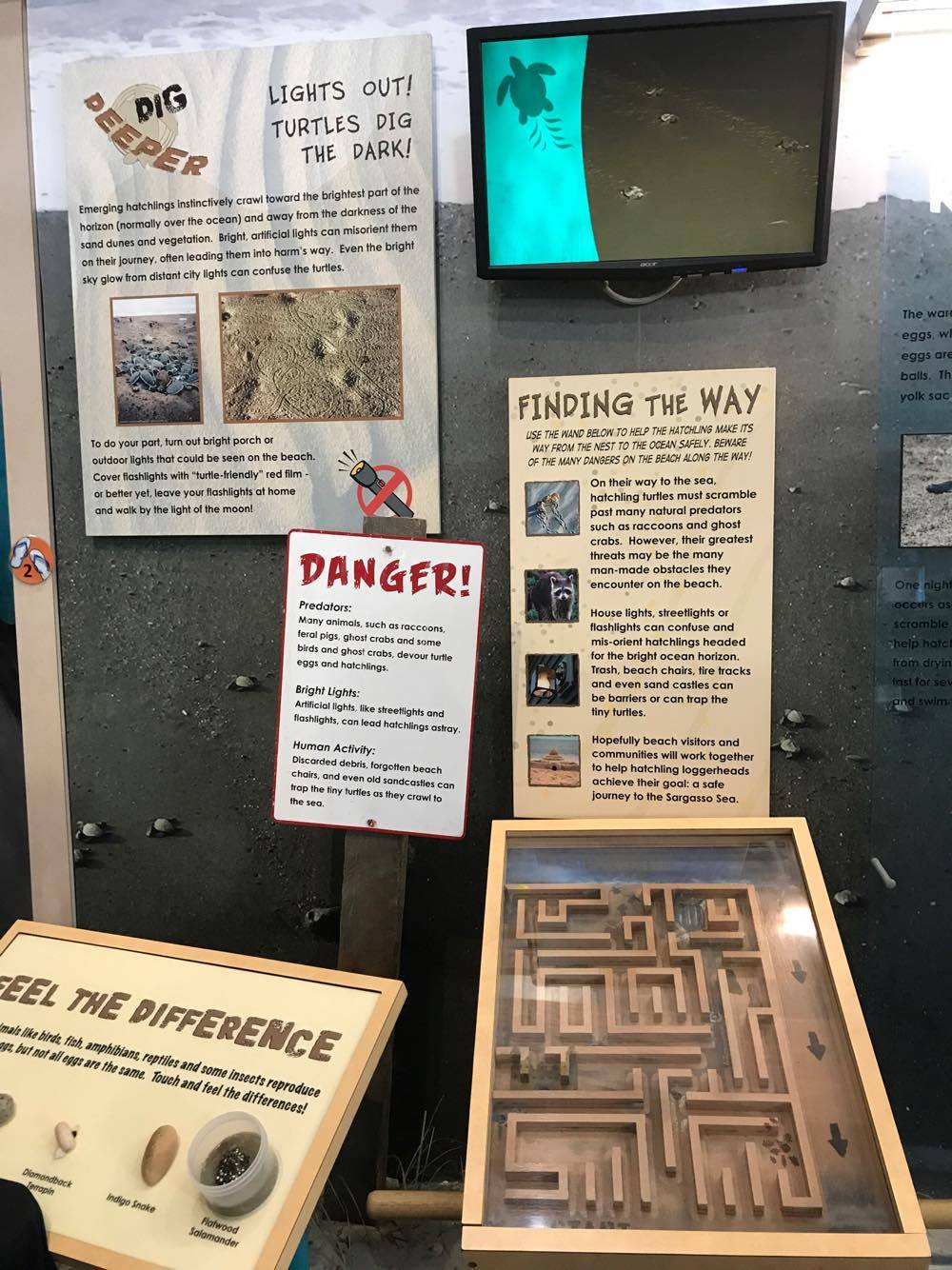 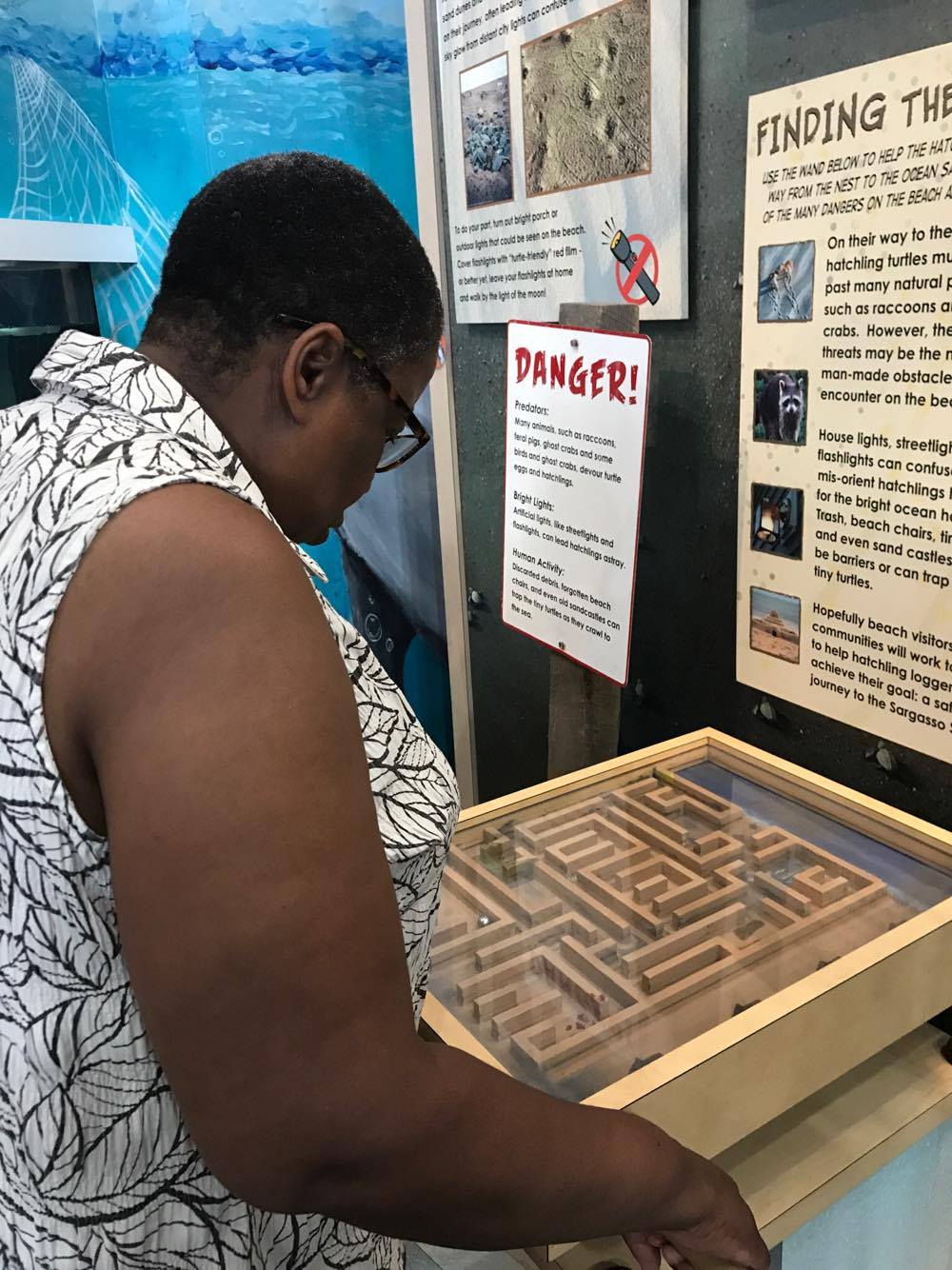 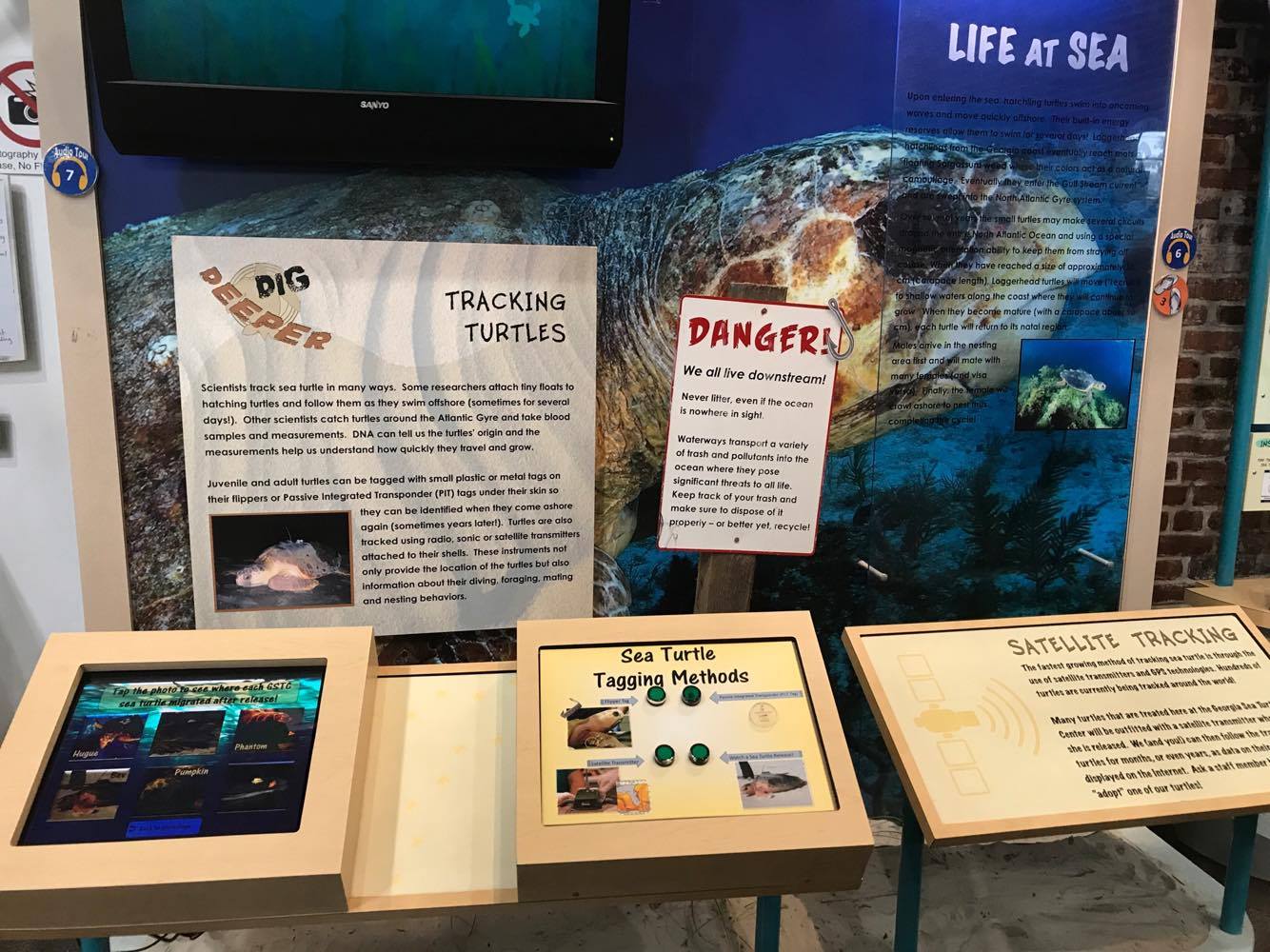 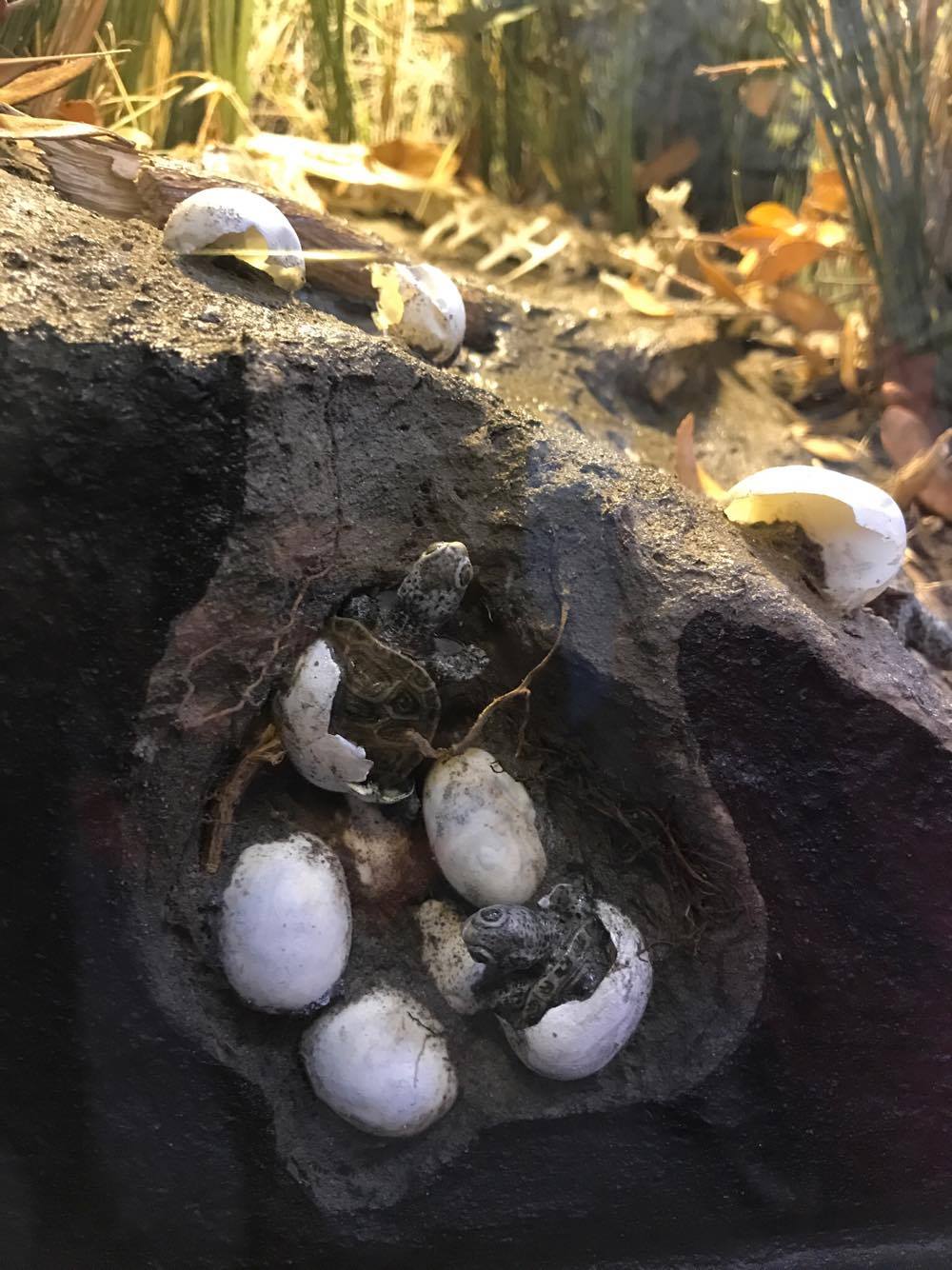 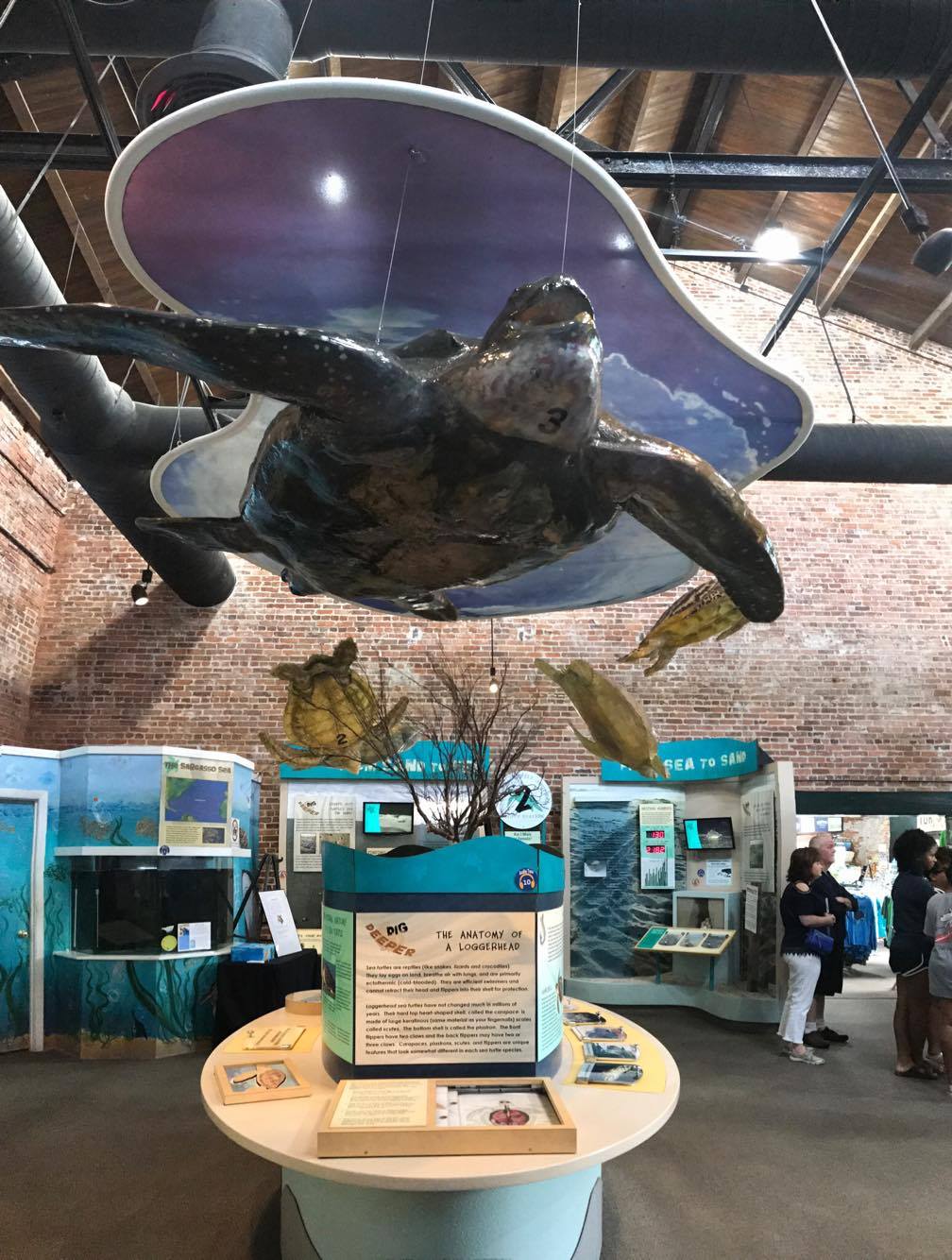 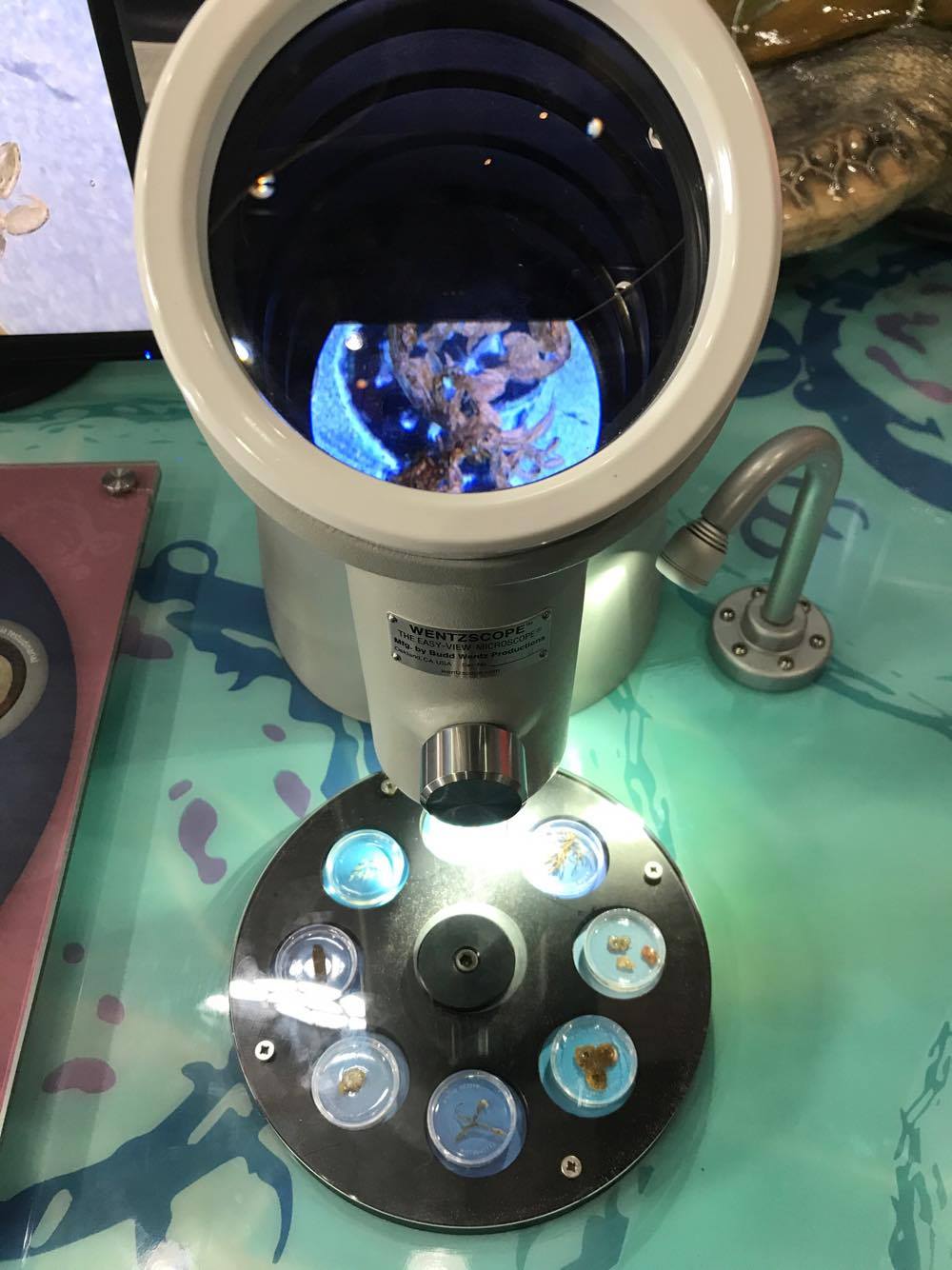 Right before we walked into the gallery, we were presented with a paper that would allow us to interact with the exhibit. We became sea turtles ourselves, and by the end of our journey through the exhibit, we would learn where our nests were laid, what gender we were, where we migrated to, what lived on our shells, and how long we ended up living. We walked in and was immediately greeted by one the employees, Lois. She was so great in teaching us about each station and providing us additional information that we might have missed from just reading at the various stations. One of my mom’s favorite facts she learned was they use the same type of honey, which has antibiotic features and draws out germs, as she does on her [human] patients.

the different types of sea turtles:

I never really considered that there would be various types of sea turtles. I guess I don’t think about them that often, but in case you were wondering – yes, there are 5 different types that we learned about in an informational sit down session conducted by another employee. [Unfortunately, I didn’t get her name, but she was great and so engaging with the group]. 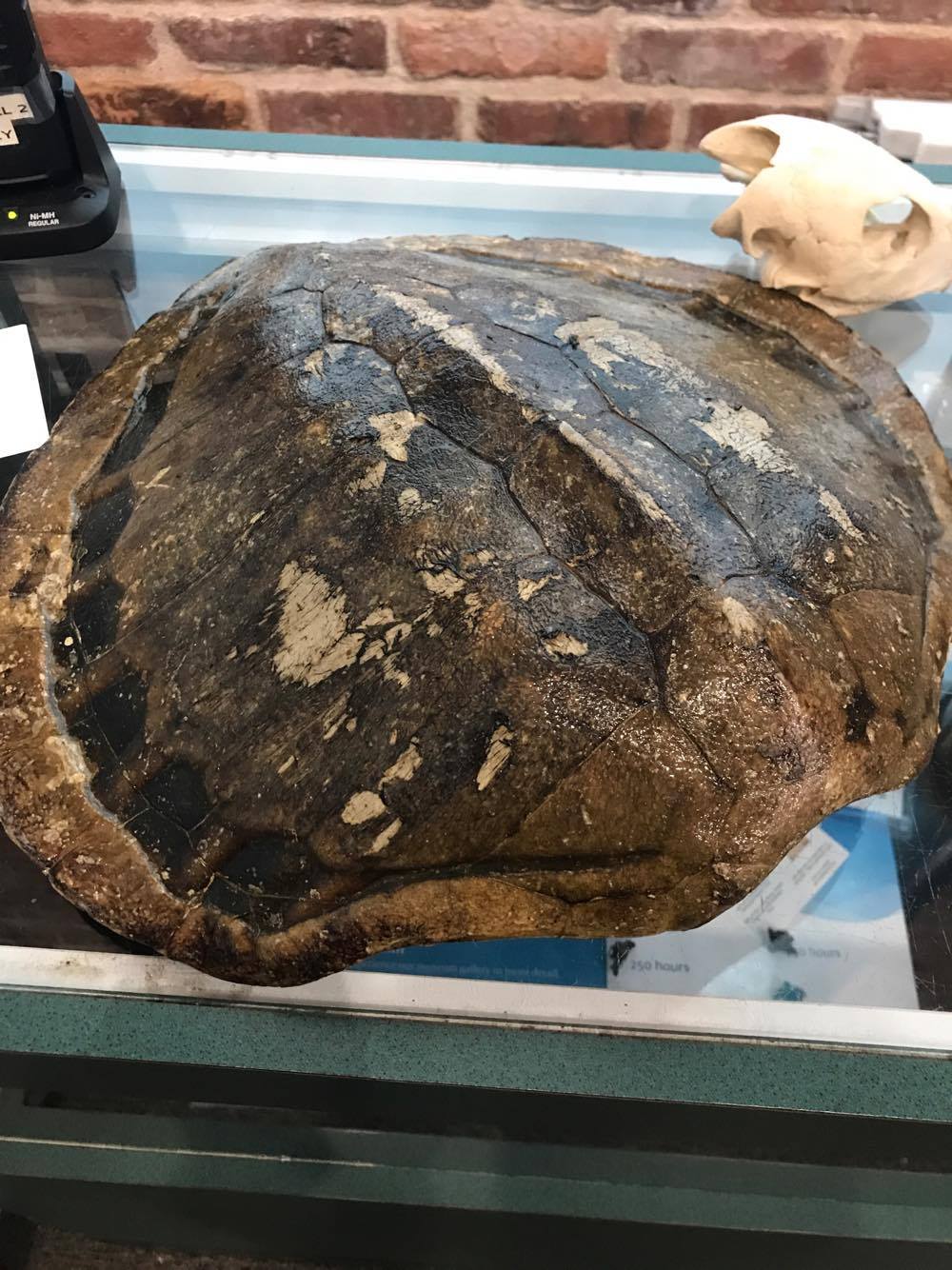 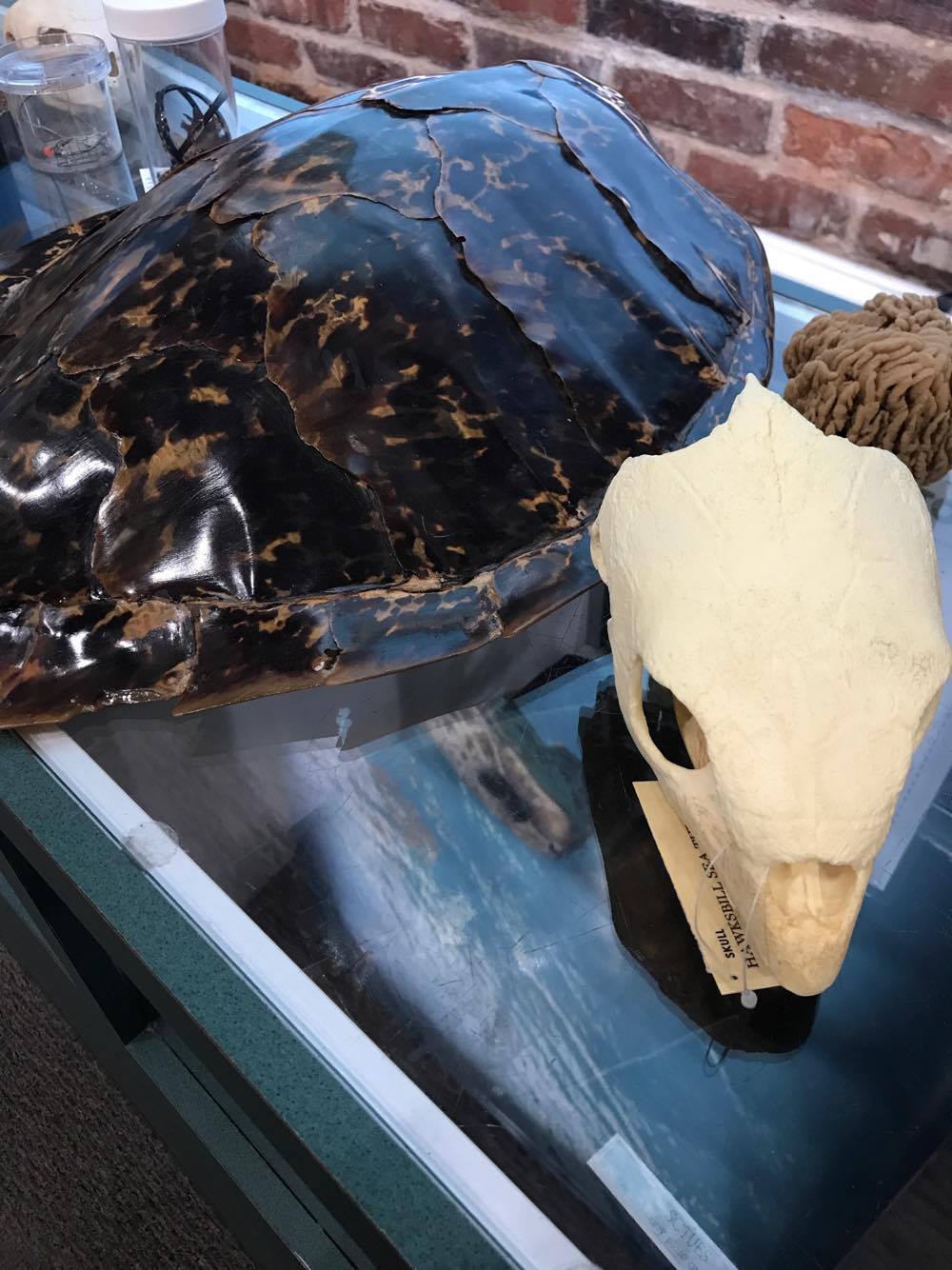 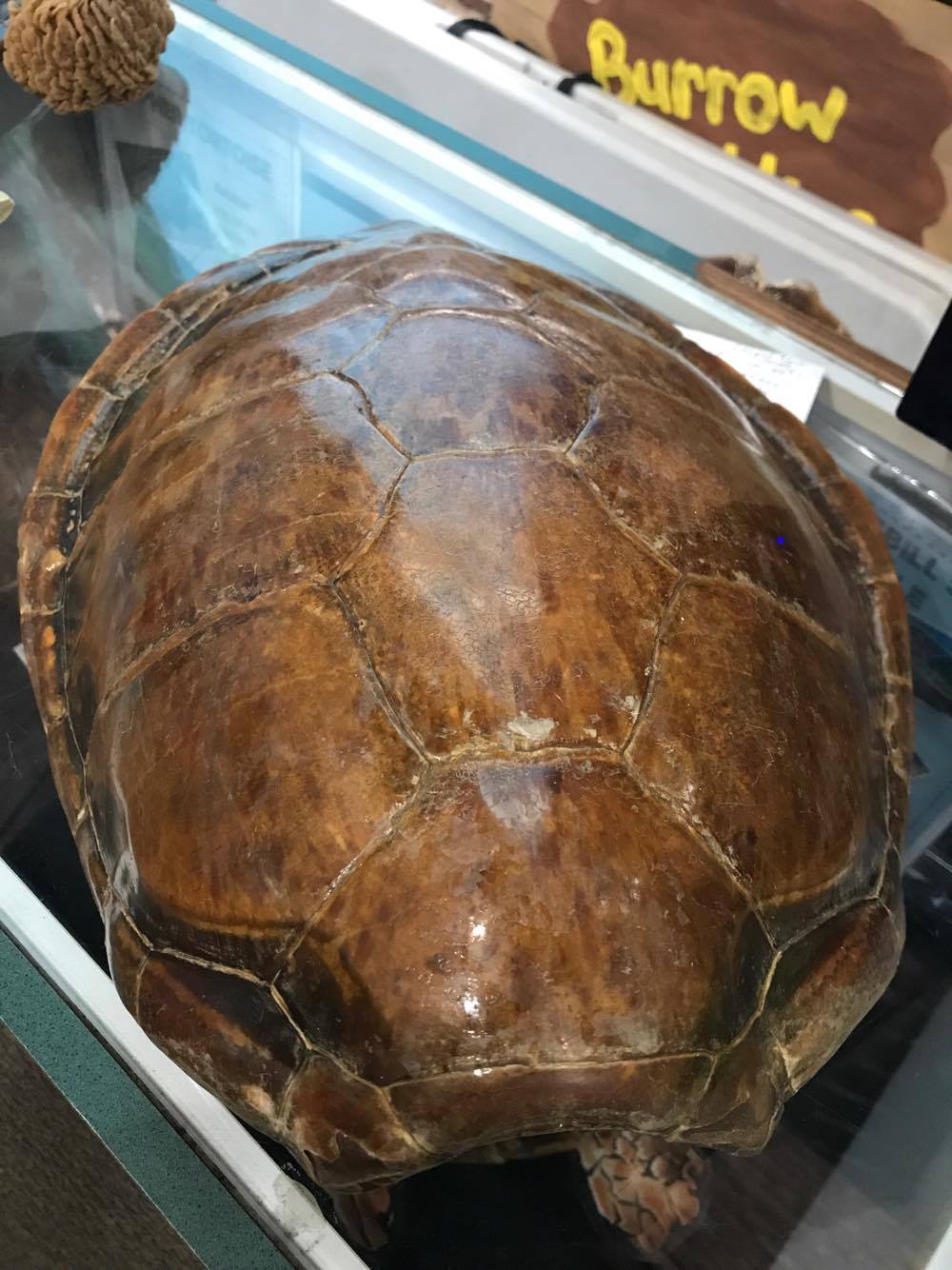 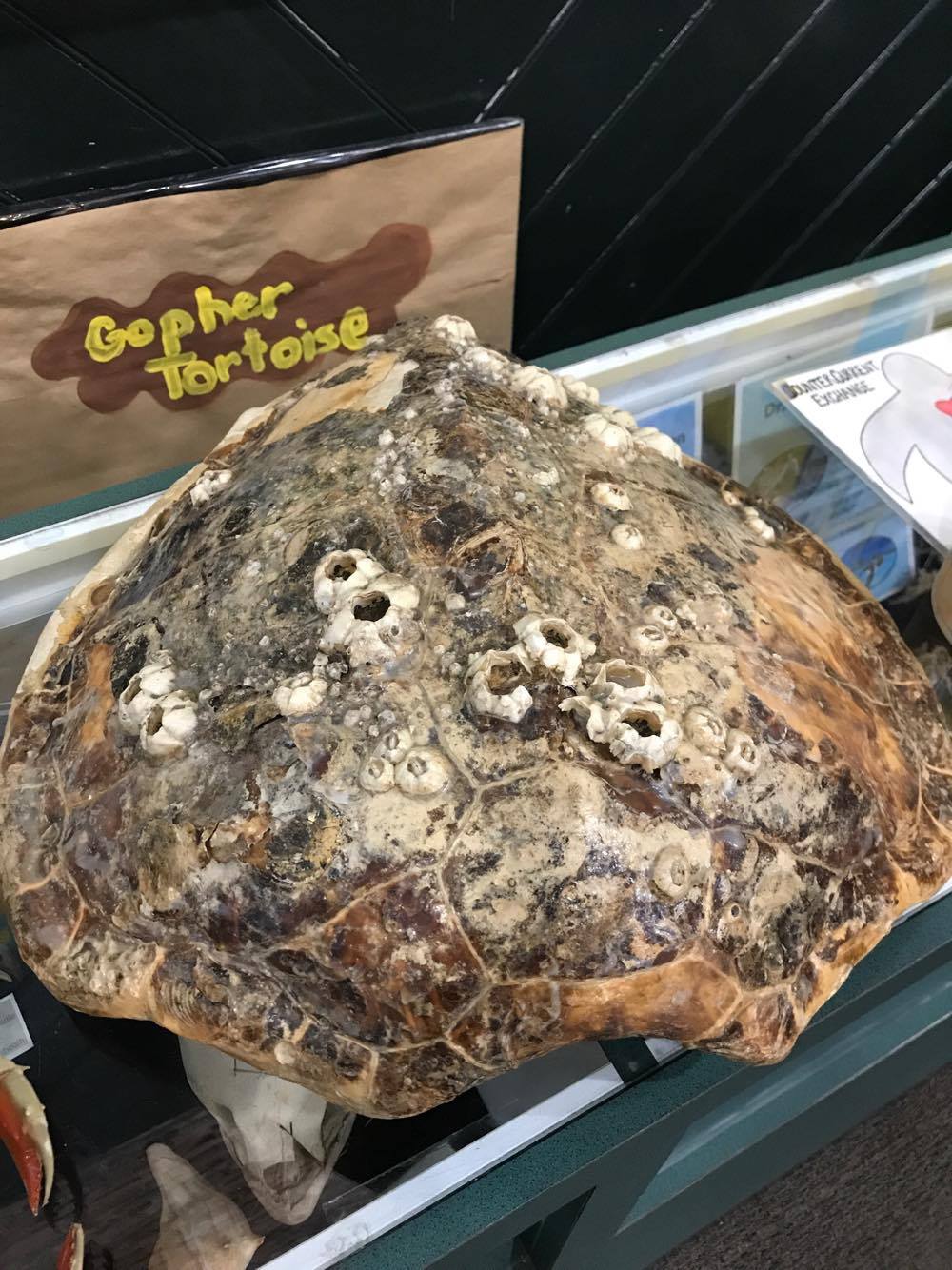 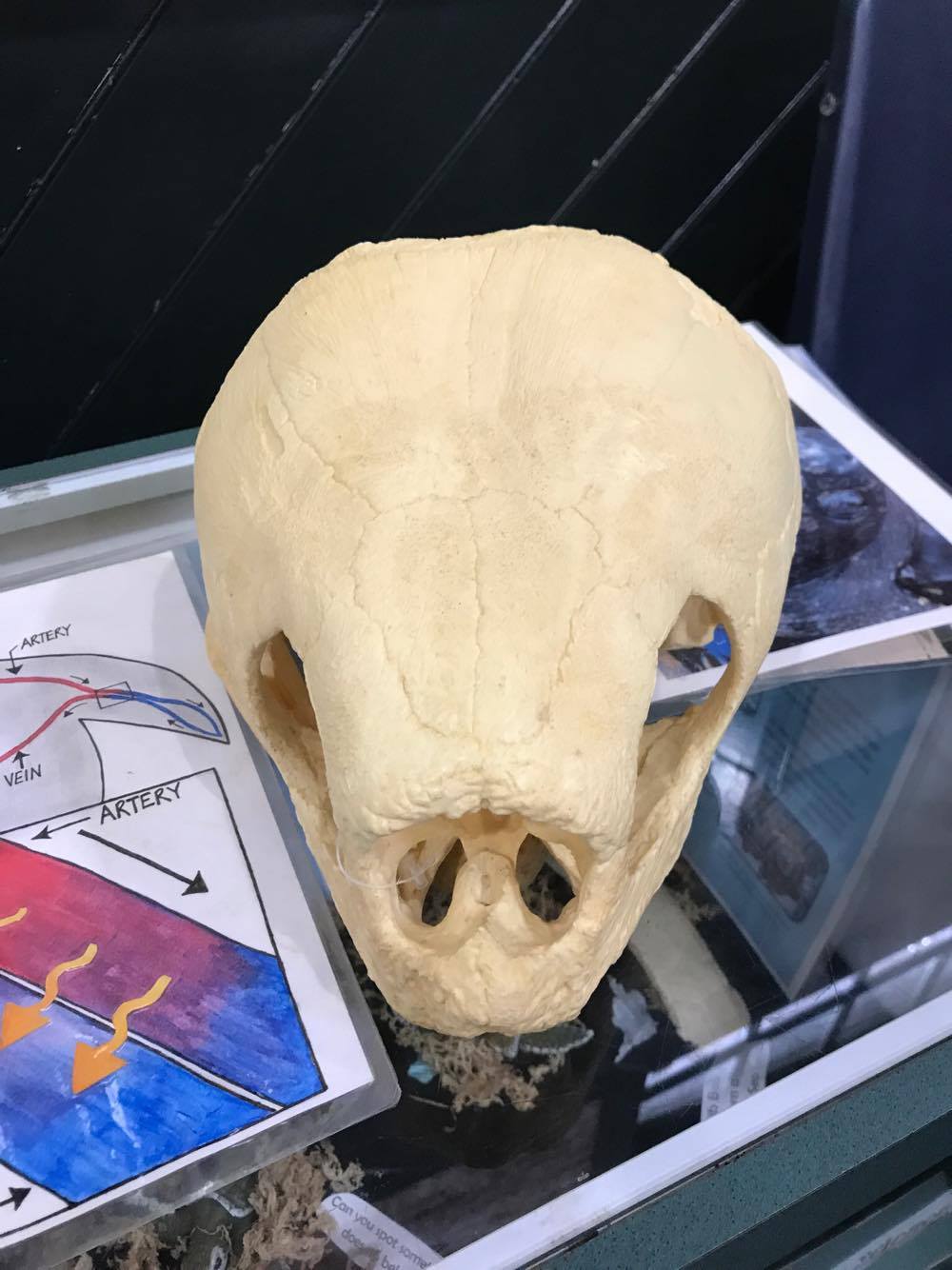 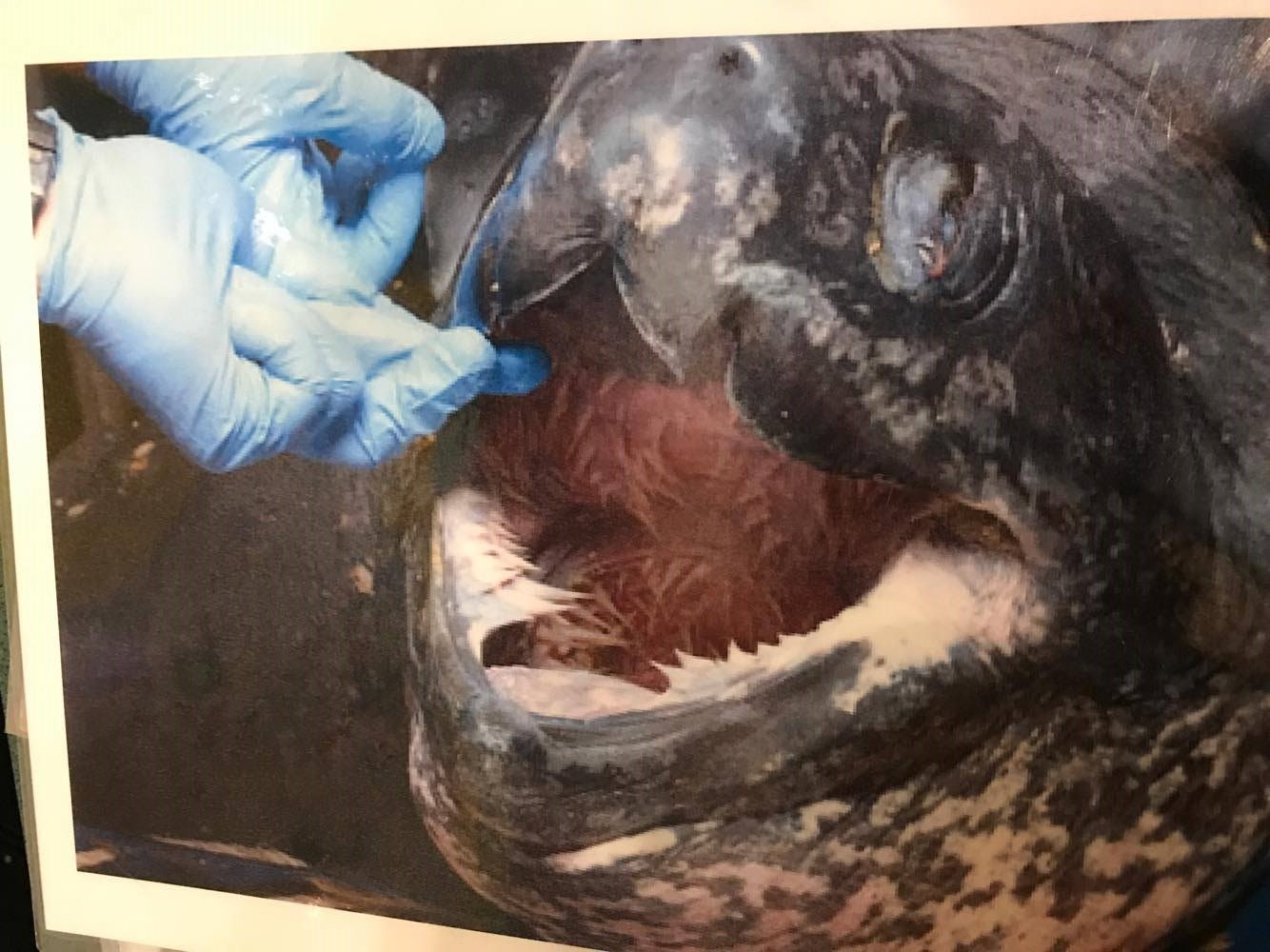 the important role of plastic: 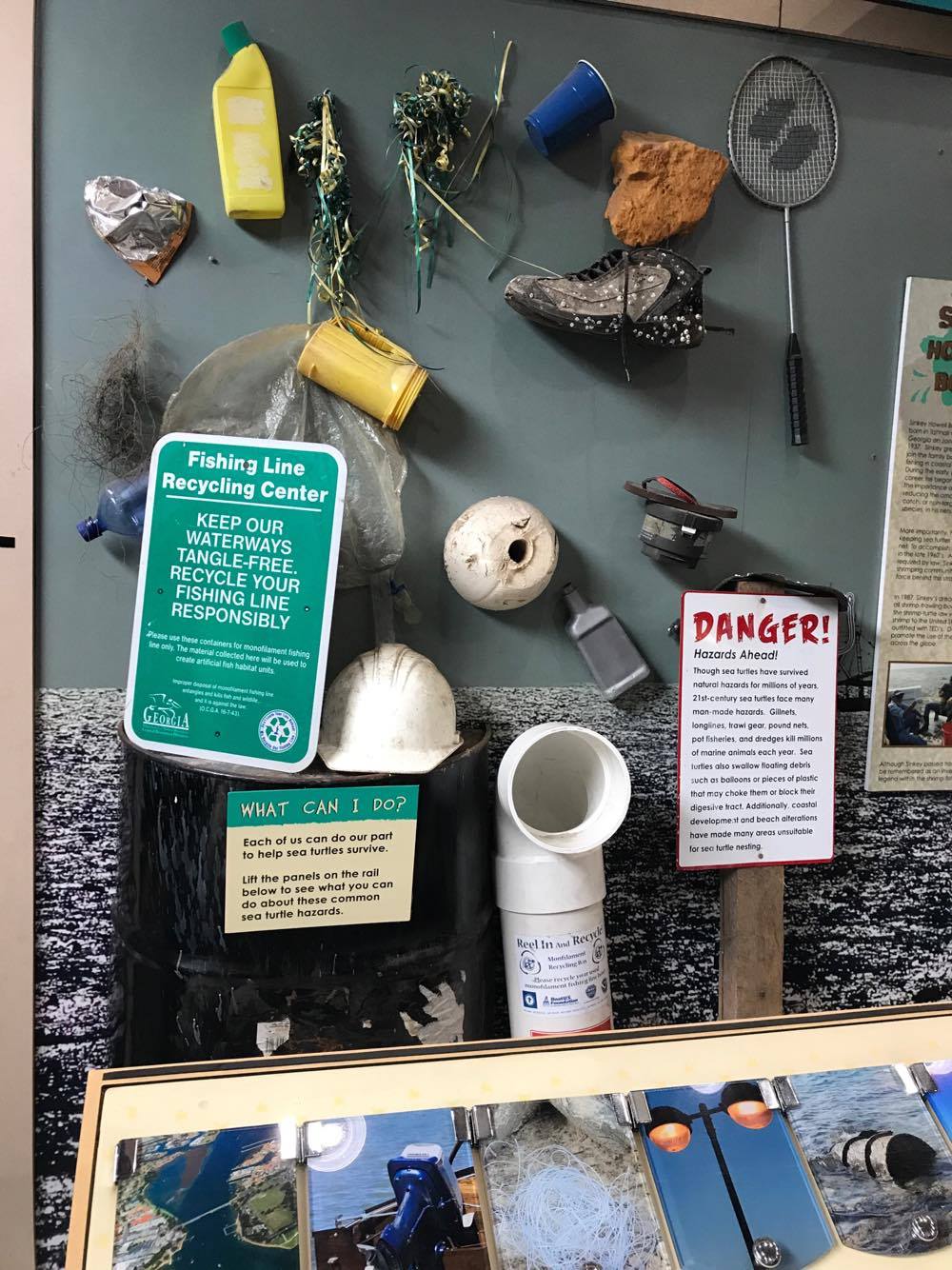 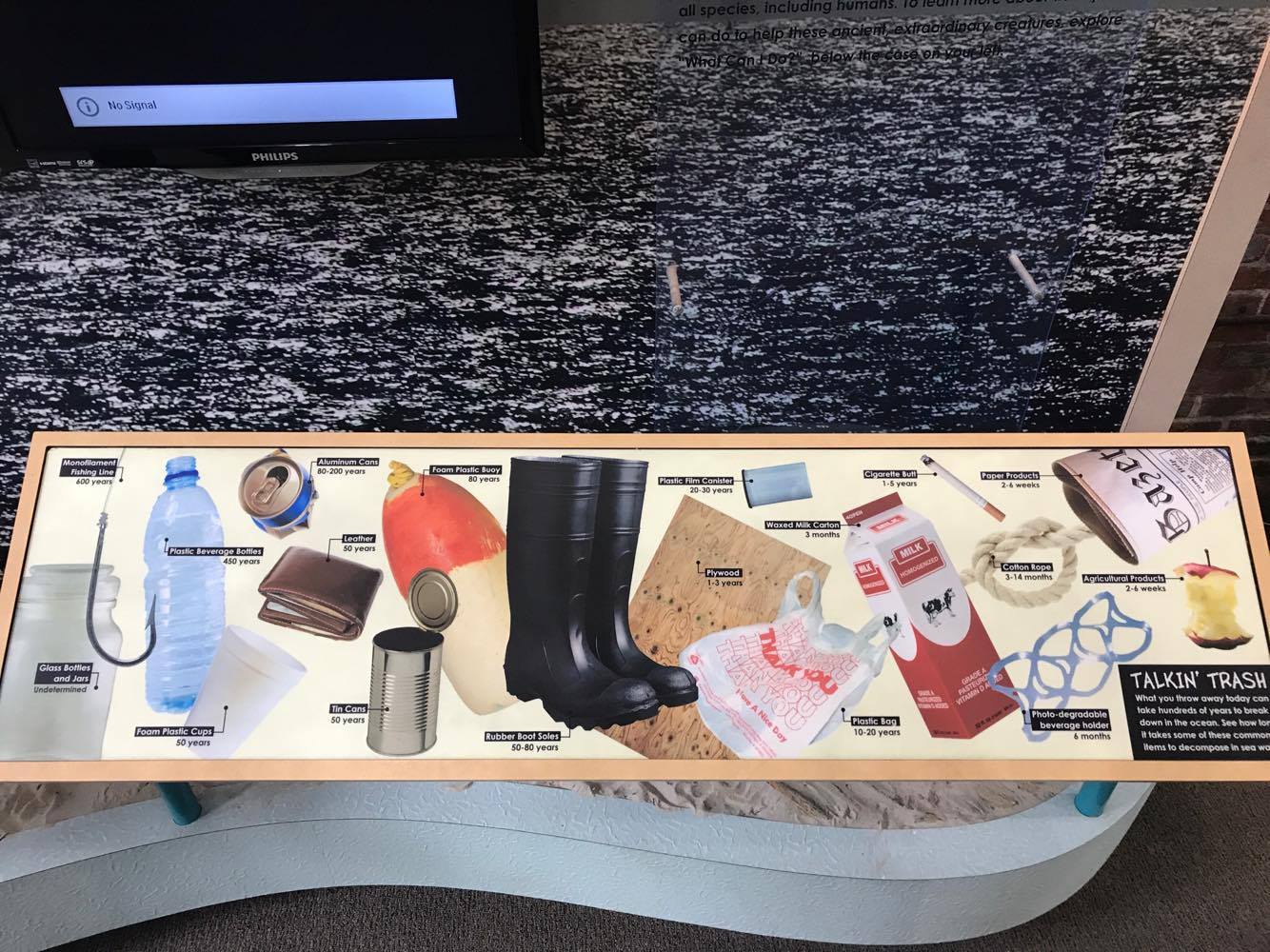 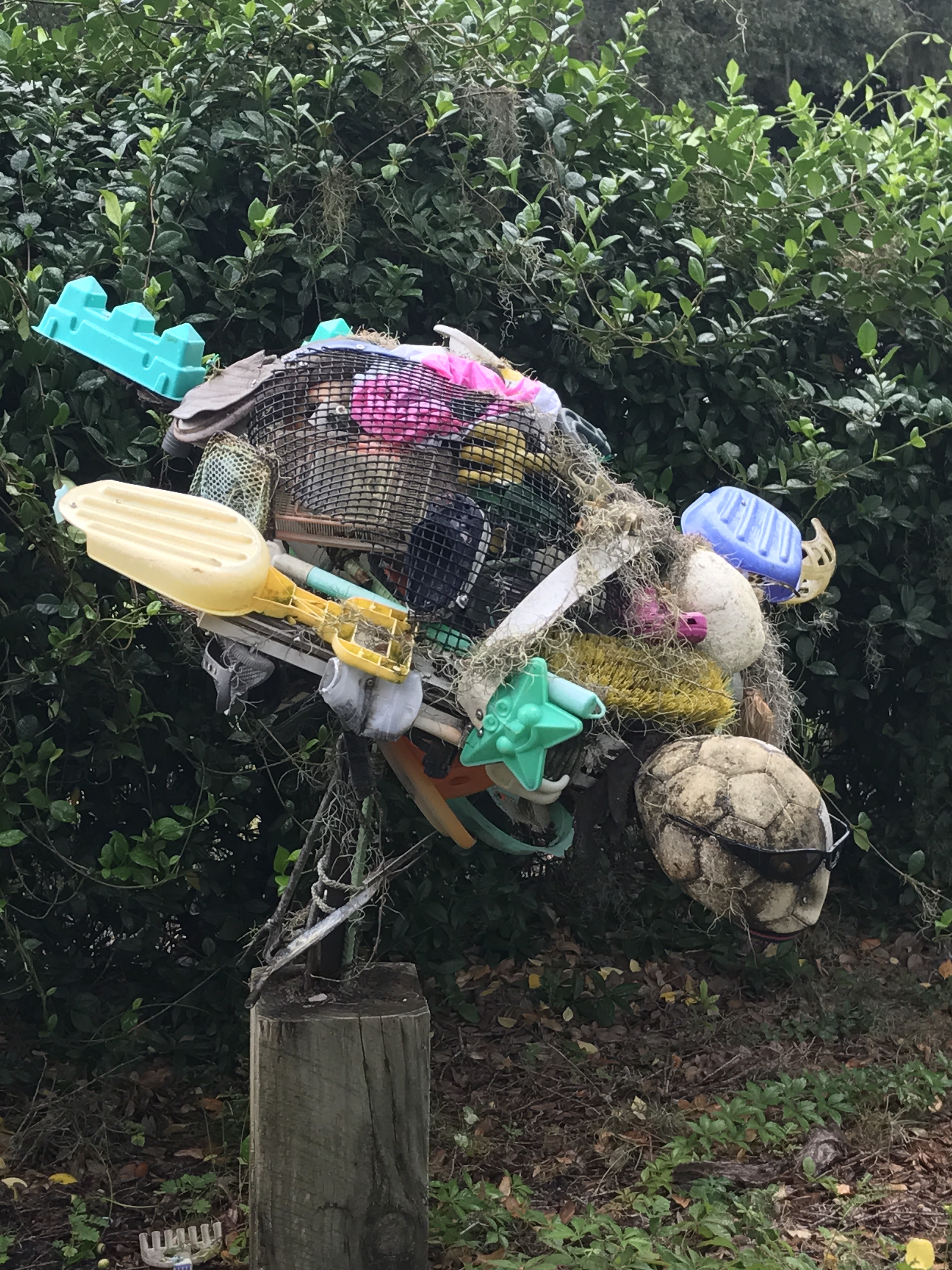 Everyone hears of the damage trash and plastic are doing to our environment, but it didn’t really hit home until I saw these numbers. My mouth dropped when I realized it takes 450 years for a plastic bottle to break down. That’s astonishing – in a bad way! I was even shocked to realize how long it took biodegradable items to disintegrate, as I previously thought it happened a lot quicker. I definitely believe the more we’re aware of the severity of the situation, the more we can take action for the betterment of the future environment. 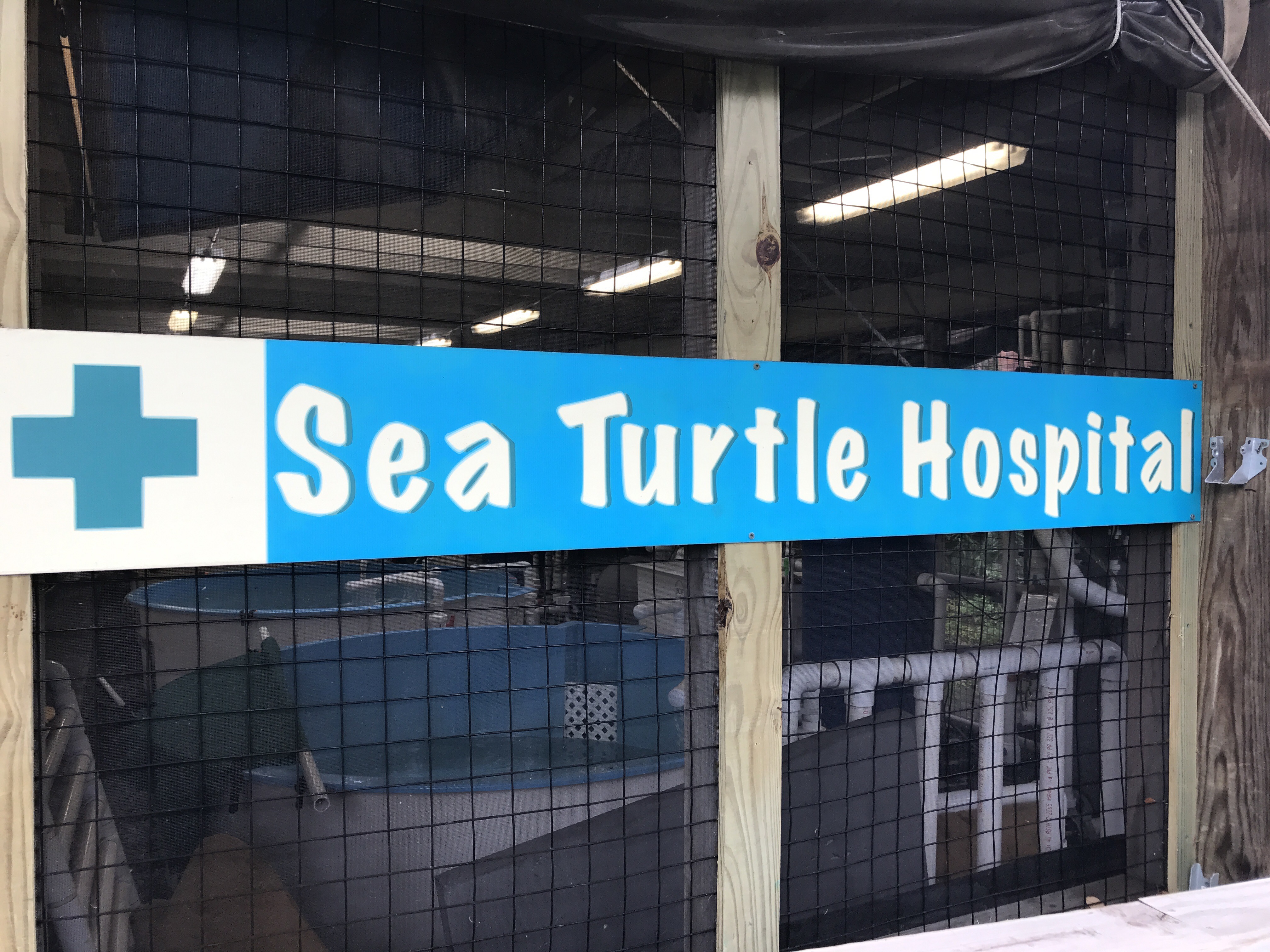 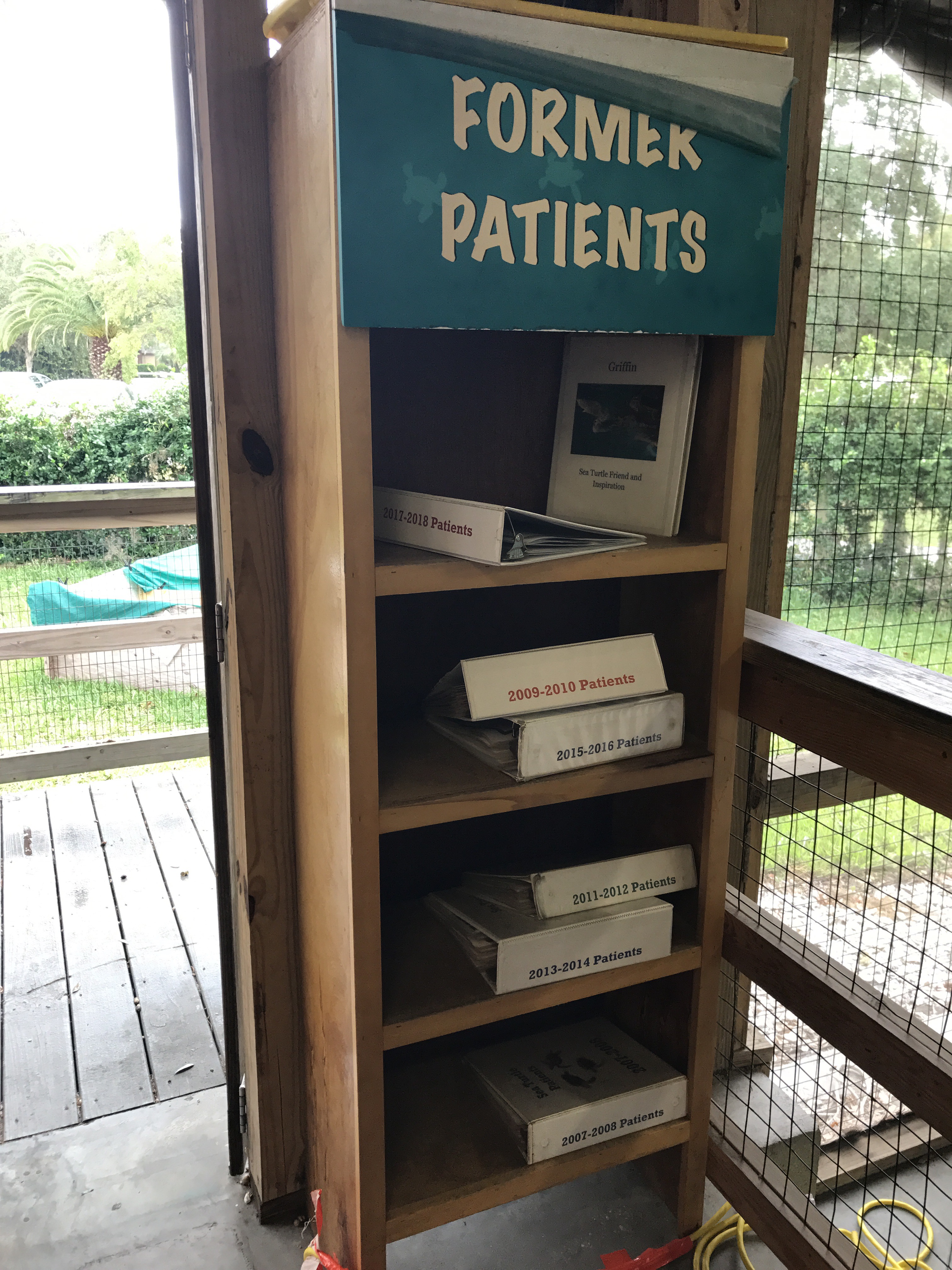 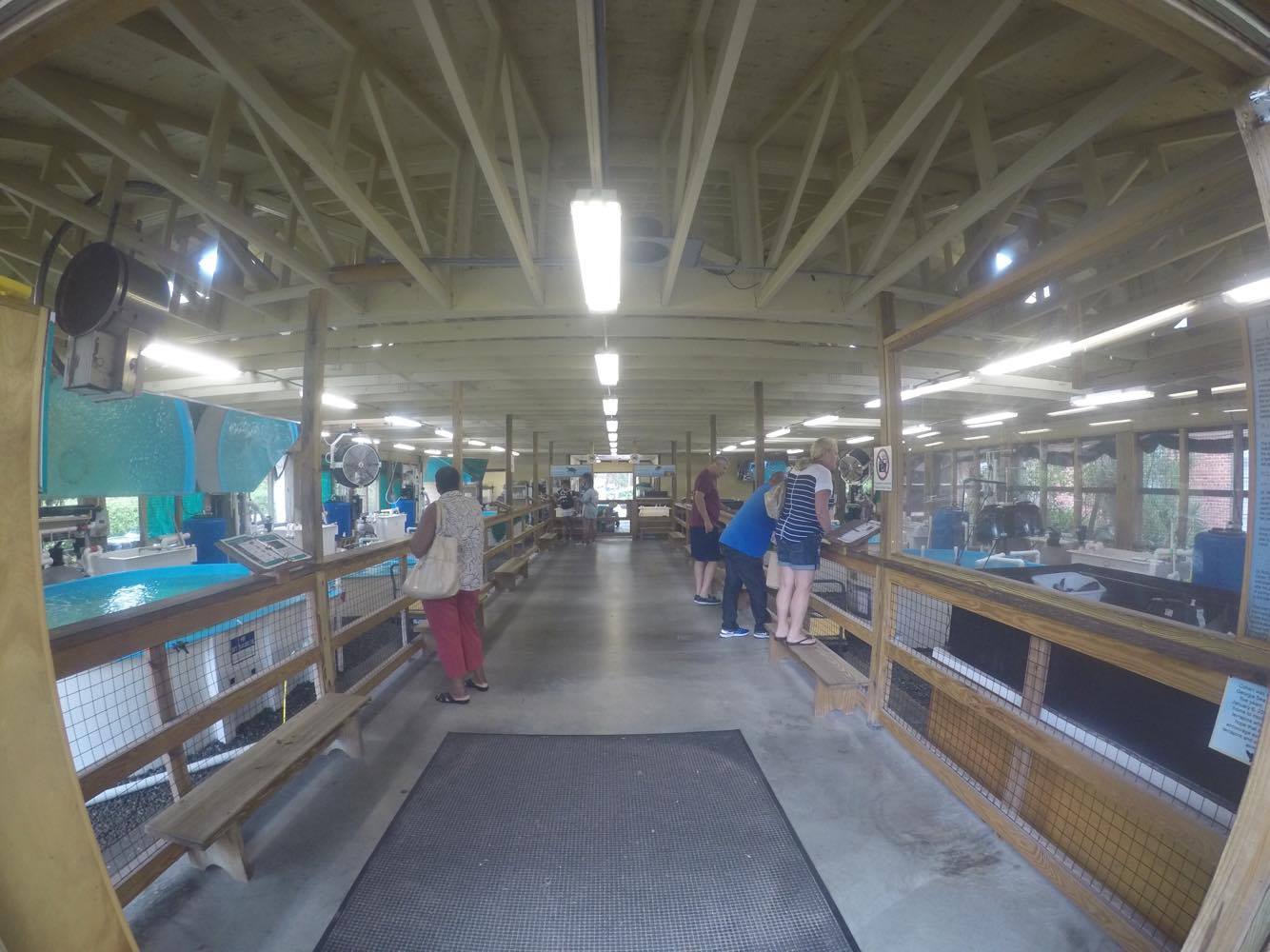 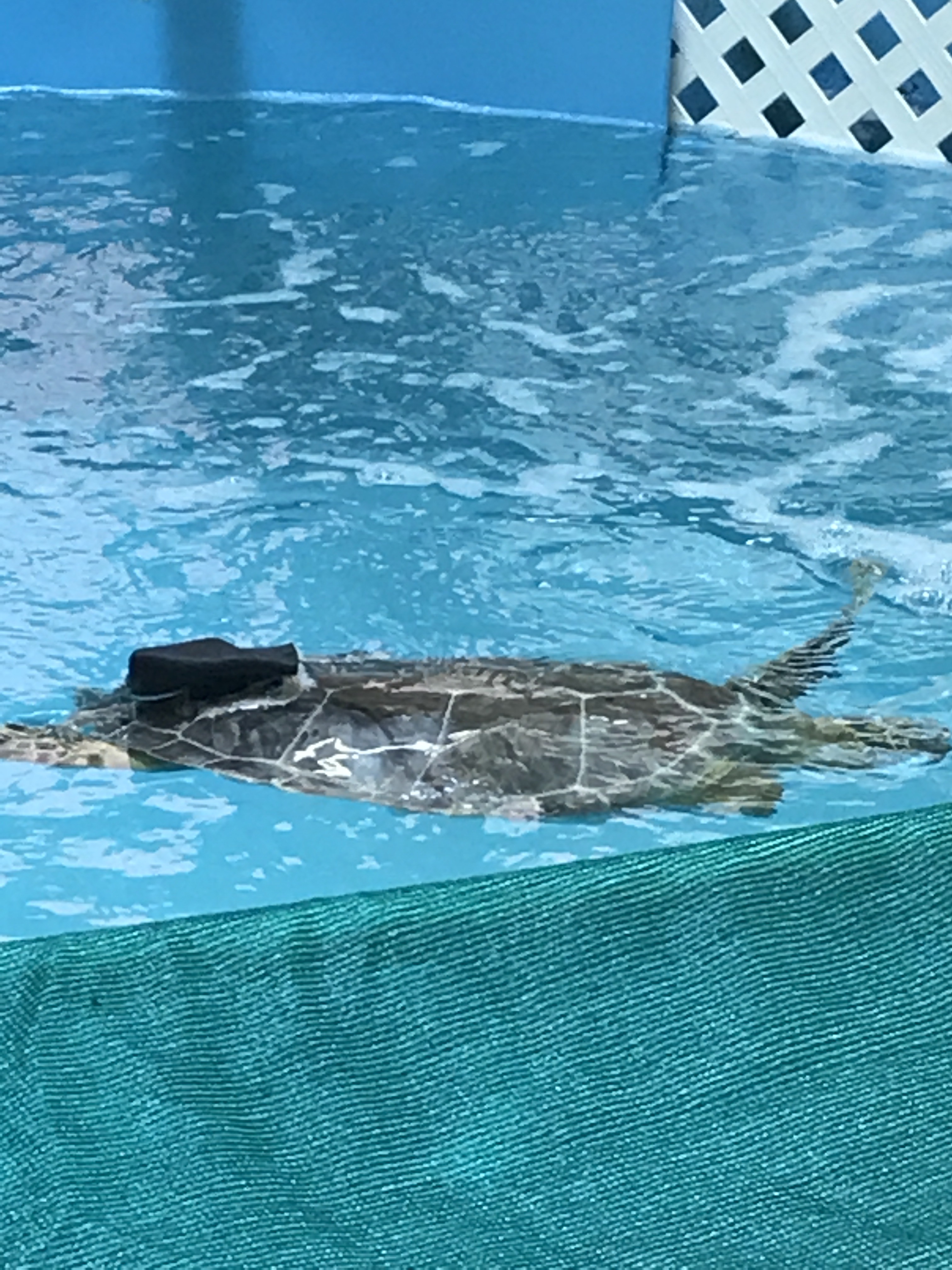 After walking through the exhibition gallery, we reached a set of door that guided us in the direction of the hospital. Here, is where they take care of the sea turtles that need rehab or have recently undergone surgery. Just like with humans, each patient has their own chart depicting their demographics, their medical history, and the plan of action. It was actually pretty neat to see. I had no idea that was done for sea turtles! And some of the names we found were pretty interesting as well. My mom’s favorite turtle name was Popsicle 🙂 Mom and I had the best time at The Georgia Sea Turtle Center. We had the opportunity to become sea turtles for a little bit, learn more about their lives, and educate ourselves on what we can do to help the environment. We spent about 1.5-2 hours in the center, but we could have definitely stayed longer. Whether you think you’re interested in turtles or not, I recommend checking out the center. The proceeds from the center go towards turtle research and the expenses that come with taking care of these turtles. How cool is that? My mom didn’t think she would like it at all, and it ended up being her favorite part of our entire weekend trip! Head over to their website to learn more if you’re interested in visiting, or to gather information on how you can help keep the environment clean and safe!

Have you been to the Georgia Sea Turtle Center? What are your thoughts? If you haven’t, are you interested in going? Let me know in the comments!