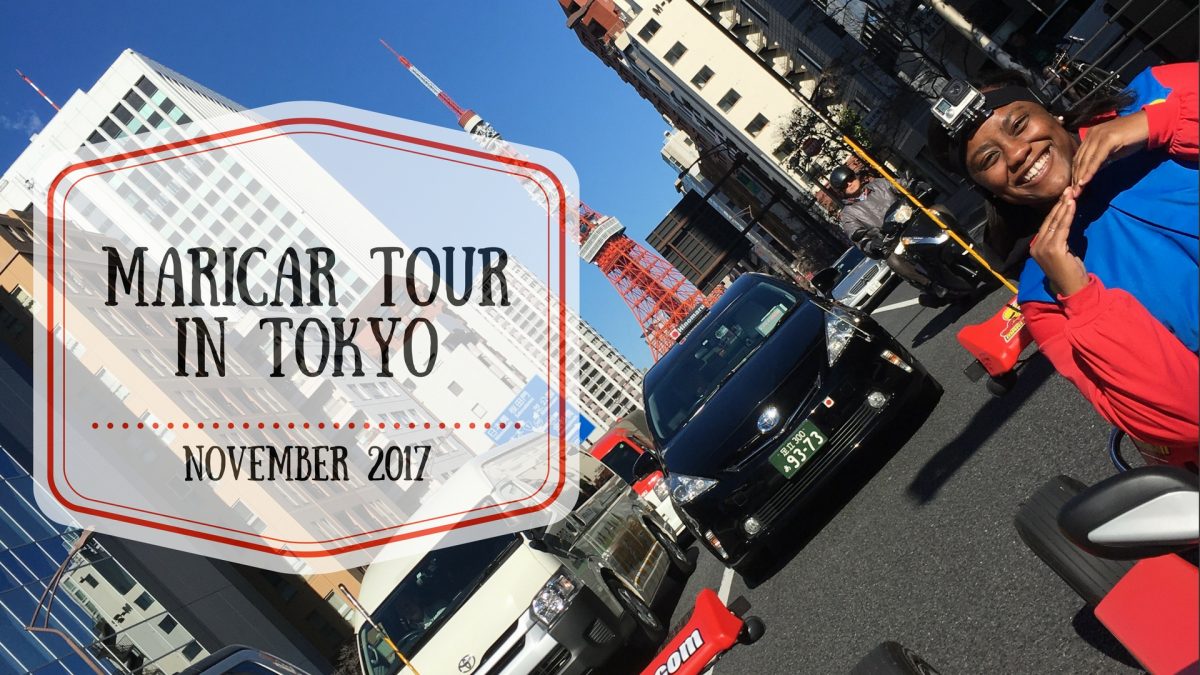 Disclosure: I did receive a discounted price for promising to write a blog post about MariCar Tour; however, these are my honest opinions about my experience.

If you’re anything like me, you grew up playing Nintendo and a slew of various Mario games. You either battled opponents on Super Mario Smash Brothers, or you fought to have the highest number of stars on Mario Party, or you raced through the streets of various courses on Mario Kart. I did all three, and then some; however, in my house, it was always a battle between my brother, my sister, and I on who was the fastest racer on Mario Kart. We practiced for hours on end so we could beat the other two and claim the glory of being the speediest in the home. Mario Kart definitely stemmed some friendly competition between us three, and it grew to be a love we all shared throughout our childhood. So I’m sure you can imagine my excitement when I found out I could do on a MariCar Tour while in Japan!

I found out about the tour through a travel group on Facebook. Immediately, I messaged the people I was travelling with and informed them that we could do all this other stuff, but what I really wanted to do with all my heart, body, and soul, was this MariCar Tour. They were down to do the tour, which excited me to no end! [But to be honest, I was going to do that tour regardless if they wanted to or not haha 🙂 ]

It’s super easy to set up a tour with MariCar. I sent them a message on Facebook, and they responded immediately, as they do have an auto-responder. They ask you four pieces of information to help better serve you:

We knew the specific date we were looking to take our tour, so we sent them that, as well as that we wanted to have it in Tokyo. There were originally three people in our party, but we had to change it to two later on, and it was a super easy process. And then we let them know that our licenses were issued from the United States.

Tip: You HAVE to get your International Driver’s Permit in order to participate in this tour if you are coming from the United States. I believe you have to for some other countries as well, but I would check the requirements for your specific country to make sure.

After we gave them all the required information, they sent a detailed list of the various shops, courses, and prices. Not all shops offer the same course, so make sure to read carefully. We noted the start times, the sights we would see on the tour, and the length of the tour to help narrow down the choices. We ended up choosing the Tokyo Bay BBQ location for a couple reasons:

getting to the shop:

We found the location of the shop with little difficulty, thanks to Google maps and our excitement only continued to build from there. Upon arriving, we were given consent forms to sign. The forms basically remind you to follow the laws of the country, and that the karts are motorized vehicles which can cause damage. It even has some humor thrown in there, stating that on no occasion should banana peels be tossed on the road, and there are no hitting other drivers with red shells. That got a good laugh out of me! 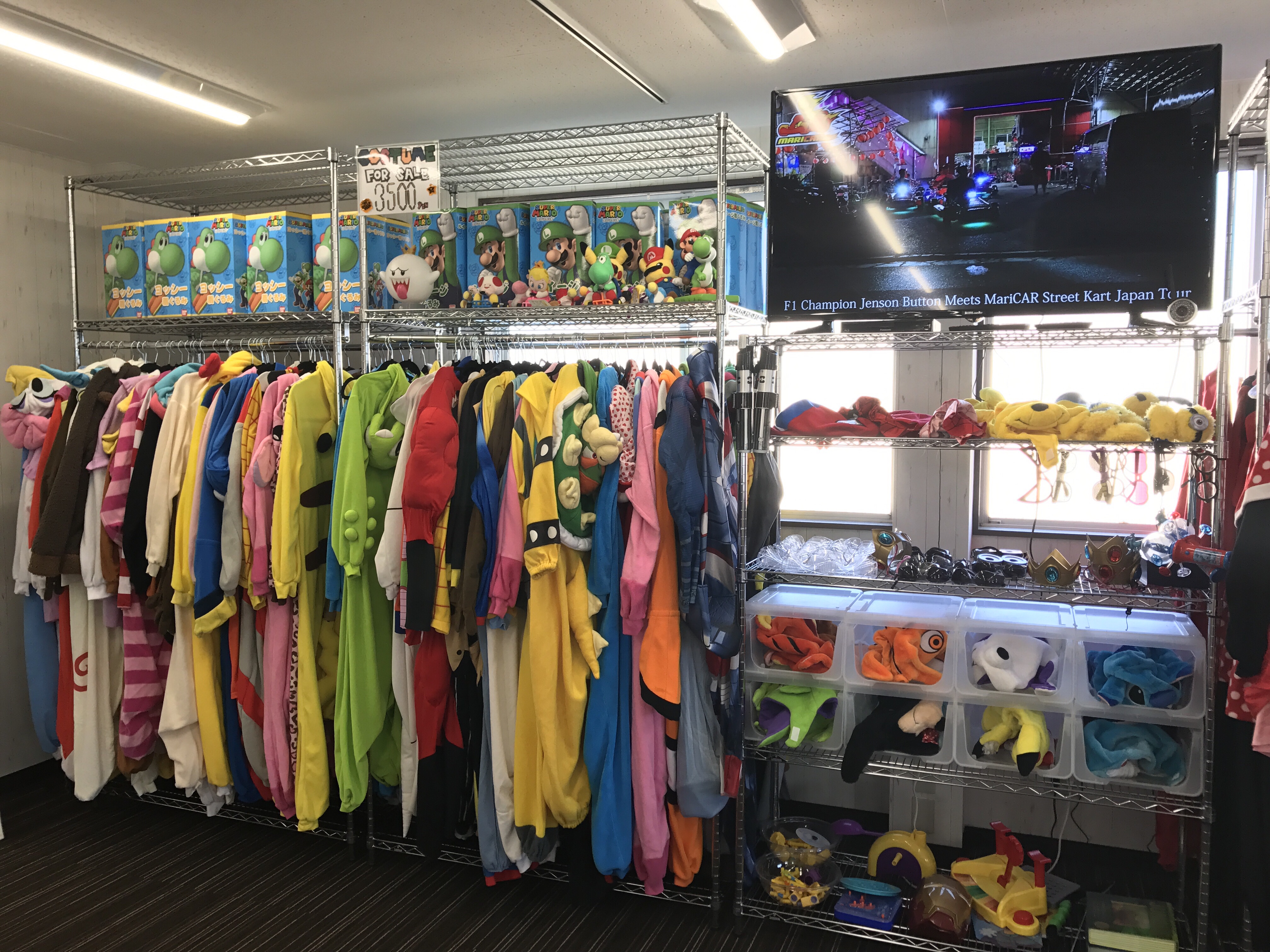 Afterwards, we headed upstairs to choose our costumes. They have so many different options! I had previously worried about what happened if someone resulted in choosing the costume I wanted, but it was good to find out they have multiple costumes of the more popular characters. I ended up choosing Mario, and Vika chose Pikachu.

hitting the streets of tokyo:

We received a crash course on how to drive the karts. It was pretty straightforward, and then we were ready to hit the road. Our tour guide was Jake, and can you believe that Vika and I got our own private tour? It was awesome! At first it was weird driving, because in Japan they drive on the opposite side compared to the United States. I had no idea before coming to the country that was the case. Also, sometimes the lights were a little confusing, but we just followed Jake and everything was okay.

It was so surreal to be driving on the roads and highways among the other cars. No one seemed upset that we were there either, and lots of people waved at us, and some even stopped to take pictures of us! We drove past the Tokyo Tower, and we drove ON the Rainbow Bridge. I didn’t even realize until we were getting off the bridge!

Halfway through the tour, we took a break to get out, stretch our legs, and take some pictures. We took our break at Odaiba Beach, which was completely man-made. Jake was telling us, sometimes at night there will be yacht parties out in the middle of the water, and you can hear the music and sounds of partying from the highways and from the shores. It sounds like a good time to me! Near the beach, the site also hosts a Statue of Liberty that stands proud and tall.

I would highly recommend doing this tour to anyone and everyone! Vika and I had an absolute blast, and if I ever find myself back in Japan, you can bet I’m booking another tour. I’ll probably do a night tour to see the difference, or hey, maybe I’ll just book two tours that trip. I had that much fun!

PS – I know you all saw that GoPro on my head, and you’re wondering where the footage from that is? Well, I unfortunately didn’t tilt it down enough, so most of it was just pointing at the sky. Then when I tried to upload it onto my computer to see if I could salvage any shots, I ended up deleting the whole entire thing! So fair warning – if you plan on using a GoPro [which you can rent at the shop], make sure it’s angled correctly!

What do you think about this unique way of touring the city? Would you consider booking a tour with MariCar if you travelled to Japan? Let me know in the comments!

34 thoughts on “MariCar Tour in Tokyo”