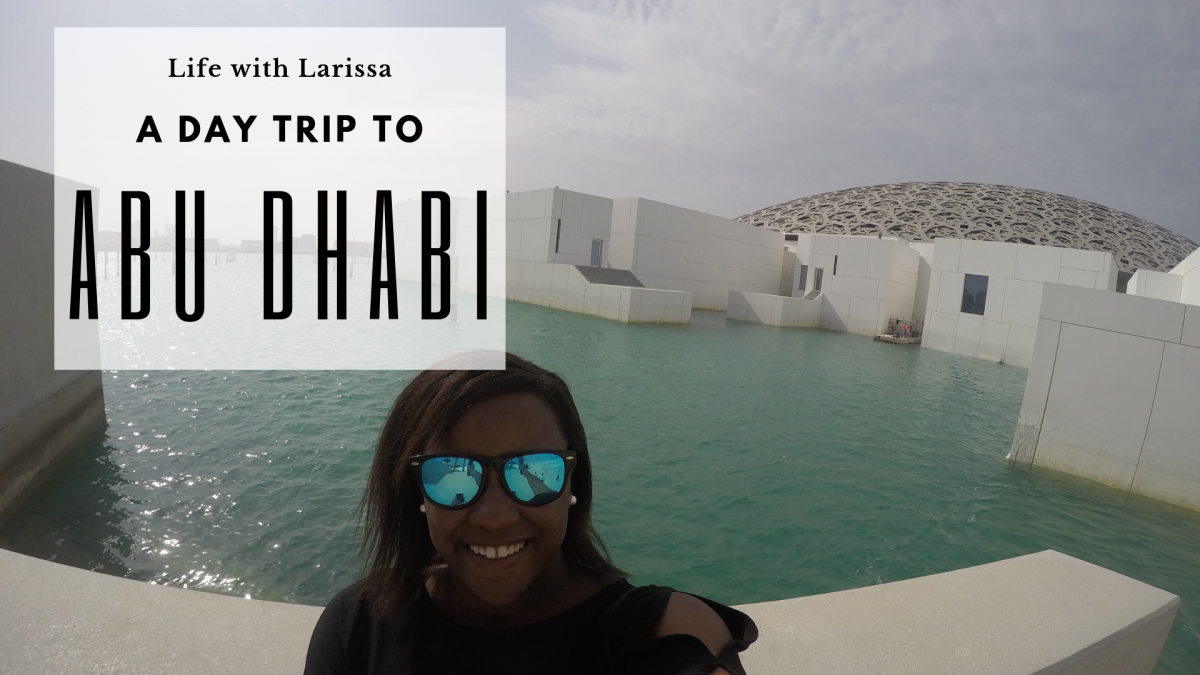 The capital of the United Arab Emirates, Abu Dhabi, is the second most populated city in the country. Situated approximately an hour and half away by car, Abu Dhabi is a perfect destination for a day trip while visiting Dubai. The capital city is located in the largest of the seven emirates, and is home to many government offices, as well as the President of the nation. Not only that, but the city claims various attractions that pull people from all around the world. Fortunately, I was able to visit two of the most popular attractions by taking a day trip from Dubai.

Everyone’s heard of the one of the most famous museums in the world, The Louvre. Located in Paris, France, this museum attracts millions of visitors each year. Did you know there is a second Louvre located in Abu Dhabi? Well if you didn’t, now you do! In collaboration with France, Abu Dhabi entered into a 30-year agreement to open a second Louvre location on November 8, 2017. The museum itself is very interesting, and although now nearly as grand in size compared to the Lourve in Paris, still takes time to go through. There are pieces from all over the world, with each room focusing on a particular era in time. The artwork is impressive and transports you through history – even the building is a piece of work!

While I was there, I find it particularly funny that a good majority of the people visiting were French. No worries though – there are paper guides in multiple languages and you can even rent an audio guide as well! And I just found out you can go kayaking at the museum! What a cool experience that would be!

Recognized as the largest mosque in the country and one of the largest in the world, the Sheikh Zayed Grand Mosque is a popular site to visit. With its gleaming white exterior and intricate detailing throughout, the mosque is truly a feast for the eyes. The construction of this magnificent structure, which took 10 year to complete, took into account the weather of the country, with its intense heat. The specific tile used on the floor was intentional, as it remains cool to the touch – even during the hottest summers. The building also incorporates marble sourced from various countries such as Greece, Italy, and China.

Now would it be United Arab Emirates if no world records were named? The Sheikh Zayed Grand Mosque, also known as the Grand Mosque or the White Mosque, is home to the world’s biggest chandelier and the biggest carpet. That carpet alone took 2 years to complete and can hold 7,000 people on it for prayer! When visiting the mosque, please remember to be respectful. Men must cover their knees, and women must be covered from head to toe. When you are taking pictures with the mosque, you also must remember not to pose.

Abu Dhabi is a fabulous city, in which I only got a small taste. I would love to go back for time and fully explore what it has to offer. Have you been to Abu Dhabi before? What was your experience like? How long were you able to stay? If you haven’t been before, is it on your bucket list? I’d love to hear from you!